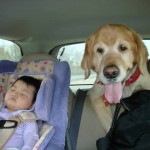 I used to have a dog named Barney. He was named after the store, not the dinosaur. Barney got sick when he was 9 years old. It was summer/2003. Cody and I were engaged at the time, but he was up at … END_OF_DOCUMENT_TOKEN_TO_BE_REPLACED