The other day my 8 year old came home with a huge hole in her shirt. It was in the front, towards the bottom. I liked that shirt. It was a hand-me-down from one of my friends. It was cute and it didn’t deserve that kind of treatment.

Me: How’d you get that huge hole?

F: It was a little hole and it kept getting bigger.

JJ: (Younger sister) It got bigger because YOU made it bigger!

(I love when I get help with parenting. I don’t care if it’s from a 6 year old.)

F caved to making the huge hole, but before I could truly go off about it, I saw another hole at the bottom of each one of her sleeves.

Me: How did you get THOSE?

No. No. No. All these holes! And this wasn’t the first time! I have been noticing holes in her stretch pants too, but I let those go and throw them out because I have learned that’s pretty much what happens with 10.00 stretch pants.

But this shirt wasn’t 10.00! It was definitely more than that! (Not for me because I didn’t buy it—but for someone else it was!)

And then I felt a little bad because even though I knew I was in the right, I was tossing a lot of anger her way over a shirt I didn’t even buy SO (for good measure) I pointed at her sister and said “That goes for you too!” 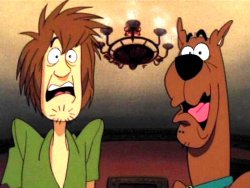 But I made my point.

Parenting is such a mind f**k. Just when you think you might know what you’re doing, something new comes up to remind you that you don’t. We never know what to expect from kids so there’s no prep-time for the crap they pull. We just have to deal when the time comes.

Busting a big hole in a shirt, in the grand scheme of things, isn’t really a big deal—but having respect for value attached to that shirt is. It’s hard to teach little kids about “value.” Not only do they value the weirdest stuff (F recently wanted to bring a plastic spoon home from Dairy Queen), but they also don’t understand what a dollar represents and what goes into earning that dollar.

How could they? They don’t have jobs! They don’t even get an allowance! They get stuff simply for being alive. All they have to do is LIVE and they get stuff: Stuff we give them, stuff we work for, stuff they trash.

I liked that shirt (RIP), and as sad as I am to see it go, I’m happy that A) I’m not the one who actually bought it, B) both F and her little sister have a little more understanding about value, and C) after my hellfire wrath, they will both think twice before disrespecting their clothes.

At least I hope they do, because one day—probably one day soon—they’re going to want to wear something of mine. 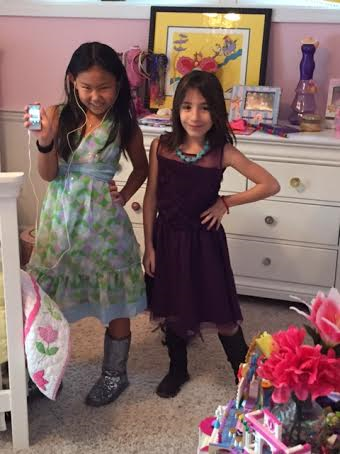 Thanks for being here! New site COMING SOON! (For real, it’s coming!)

The Real Good Days
Honest To G-D (The Dim Sum and Doughnuts Oath)
You're Not Alone (IV)
Don't Be Stupid, Part 2