Do you know what “Gotcha Day” is? Don’t feel bad if you don’t. Unless you’ve adopted or know someone who has, you’ve probably never heard of it. Gotcha Day is the day people who are adopting “get” their child.

For us, it was the day my daughter got parents and we got a baby—and it wasn’t just “Gotcha Day,” it was “Crazy Day.”

My huz and I went from eating and laughing at some Italian restaurant in China (Don’t ask why we ate Italian food in China. We heard it was good, it wasn’t. You know what’s good in China? Chinese food.) to getting a baby. It was now us and her: A very confused and very scared, 11 month old Chinese kid. 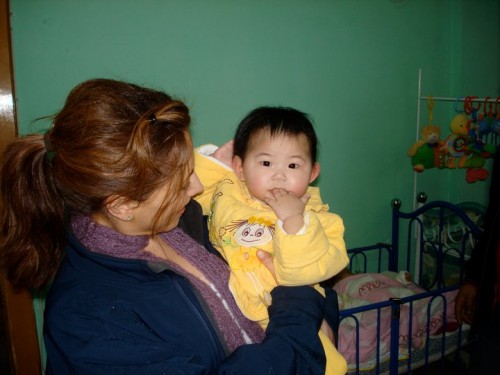 And today marks 8 years since the day we “got” her.

Still, watching her grow has been a privilege. She, in many ways, is exactly the same kid we picked up in China but, at the same time, she’s completely different. 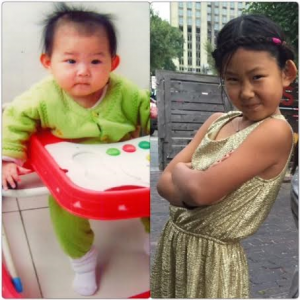 A few years ago we signed F up to take tennis and she wasn’t into it. She felt she wasn’t “good” so she wanted to bail. As someone who spent much of my childhood on the courts begging my mom for new Tretorns, I was heartbroken.

I was also annoyed. Pretty much NO ONE is good at something the first time they try it. I’m sorry but even Serena and Venus didn’t come out of the box like that. I explained that to F, but she was staying strong. We decided not to push her. We figured we’d revisit it in a few years.

It’s been a few years and she started tennis again about a week ago. This time she’s taking it with her little sister and they love it. They love it and they OWN it—so cute in their little outfits running up to the net and missing the ball, but also getting it! 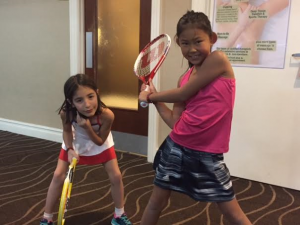 I don’t know if it’s because her sister is there, or if it’s because she was ready, but she’s doing it. She’s trying her best and, from what she tells me, she’s into it.

This isn’t the first time my girl has stepped out of her comfort zone, but “safety” is her standard default. Taking chances isn’t really her thing so when she rises above, I get excited. It’s exciting to watch your kid’s confidence grow, because confidence breeds success.

There will be times when F plays the safe card, but who doesn’t? Right now, though, she’s out there giving something a chance that once intimidated her. There’s risk that comes with that—risk and uncertainty. If she doesn’t try though, she’ll never know if she’s any good.

And she could be good.

But if she isn’t, at least she tried. And her mom will be right there with her.