It’s “Mailbag Monday!” Thank you for sending in your topics and questions. This was the topic picked (at random) for this post:

Pressure To Have Kids

First off, it’s no one else’s business. I get that when someone gets married, the kid thing becomes a question, but that doesn’t mean it needs to be asked out loud. If you are one of those people who automatically default to asking married people: “When are you guys going to have kids?” You need to make that stop.

Why? Because it’s annoying. If you’re asking that question, you’re probably not the only one. It’s bound to get aggravating. If it were me, I’d be like “You know what, Aunt Ruth? I think we are going to have some kids RIGHT NOW! Is now good? Better make some room though, Auntie, cuz things about to get crazy up in here! ”

Also, what if the person you ask isn’t physically able to reproduce, or they’re having problems? You’re screwed. That’s going to either take you into a complicated conversation about reproductive challenges, or you’re going to feel awkward and uncomfortable for asking in the first place because it’s clearly (and understandably) a sensitive subject. Good luck with that!

Or what if they don’t want kids? Not everyone wants kids. It’s not unheard of to get married and NOT have kids. Kids are a pain. They take your time, your sleep, your money and your youth. I’m not even sure how I ended up with them!

Fourth (Is this fourth, I don’t even know), the couple may not be ready. Having kids isn’t like having a party. It’s not over when everyone leaves. It’s just over for the people leaving. You still have a lot of business to take care of. A LOT. And it never ends. Even when the kids aren’t around, you’re still doing stuff for them, and cleaning up after them, and concerned about them.

Because once they come, it ain’t about you NO MO.

And even when it is about you, you’re still on-call, always. Life is different. Having kids can be amazing and awesome, but it’s major. I was on the older side when I had kids (36 for the first one, and then 38) and I still wasn’t prepared for how major it was going to be.

My advice: Get some kind of a pet first, like a dog. Love him and take care of him and train the s**t out of him. Take him for walks and vet visits. Brush his teeth, give him his Heartworm pill once a month, and play with him. Get up in the middle of the night and clean up his barf from whatever he ate earlier that he wasn’t supposed to. Take him to obedience school and pay all his bills.

Then, once you are comfortable with your life, enjoy it. Enjoy that time. Kids will come when they are supposed to. It’s not a race. It will happen if and when you want it to happen, or it won’t. There are TONS of options these days.

And until then, everyone else just need to shut it and worry about themselves, and—if they have them—their own kids. 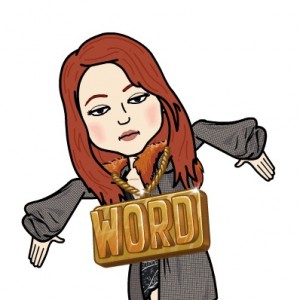