My girls and I are scheduled to speak in a few days at an adoption event in the metro Detroit area. We are very excited to be included, but it occurred to me this morning that I don’t have any idea what we’re going to speak about.

For as much as I have written about adoption and having an adopted daughter, I really never think of her that way. “F” is not my daughter who is “adopted,” she’s just F, my daughter. 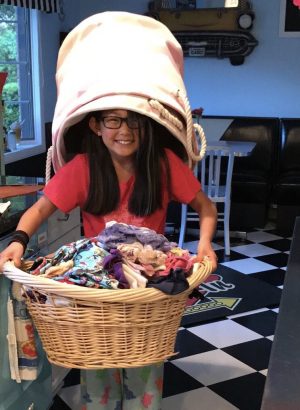 Sure, I know more than those who have never adopted because I lived through the process, but still, I’m not exactly a wealth of information on the topic. When people ask questions about the process and the paperwork, I usually have to defer to my husband because other than coming up with the idea “We can make any kid OUR kid…” I really didn’t do much.

I took all of the obligatory on-line classes and I attended all of the social worker interviews. I did all of the shopping for “F” and our China trip, but the financial craziness, the red tape and the paperwork—my husband dealt with all of that.

When we decided to adopt from China in 2005, we were originally told it would be 9-12 months to get a baby, but it turned out to be 2-1/2 years. I had more than enough time to read up on Adoption and Adoptive Parenting (we have a whole shelf dedicated to those topics in our family room) but I never did. I intended to read the books (I really did) but they just looked so “heavy” and boring.

I found other ways to get information though. I read less intimidating articles and I found online adoption groups that were willing to deal with me. I sifted through miles and miles of baby and adoption information in the months leading up to our adoption.

But no matter what you read or buy or plan, can you ever really completely prepare for a child?

As a parent, you will read and hear and see SO much. It’s hard to know what you should be doing because there’s so much information out there and a nagging fear that something we do will turn out to be harmful. It’s not always easy to find the balance. On one hand, you want to protect your kid from everything, but on the other hand you can’t fly around her in a helicopter with band-aids and SPF-50.

And as an adoptive parent, it is even harder, (at least in the beginning) because you’re not starting from scratch. You’re taking on a child who already has a past– a past that has nothing to do with you—and you have to find a way to embrace and recognize that past while concentrating on and building their future.

So what do you do?

You do the same thing you’d do for any kid.

You set a foundation using all the things you have learned that feel natural to you and you go from there. Then, if and when questionable behavior comes up, you gather new information, apply it to the uniqueness of YOUR family, and set a plan.

Parenting is not a One-Size-Fits-All thing, no matter what kind of kid you have.

Who the hell knows?

All we knew was being jolted from a dead sleep at 3am by blood curdling screams from across the house was not fun.

At first we did all the things we were told to do by “BTDT” (Been there, done that) people in our adoption group or articles we read. We ran in there, we soothed, we cuddled, we made her feel safe. But when the blood curdling screams starting bringing us in to show us that one of her stuffed animals was out of place or HER SOCK FELL OFF, we were out.

We stopped entertaining her night terrors much earlier than we were advised, but parenting is all about making your own rules and doing what feels right. If your way is working, it shouldn’t matter what anyone else thinks. If your way isn’t working though, get back to the lab. Do research, get help, try something new.

But don’t overthink it.

Don’t turn it into something it’s not. That will only make you crazy and your kid too.

Parenting is hard because there are so many variables. Even if there was a handbook it wouldn’t be right for everyone. We want to raise happy, healthy, confident children, but in order for our kids to get through things naturally, it has to be natural for us too. 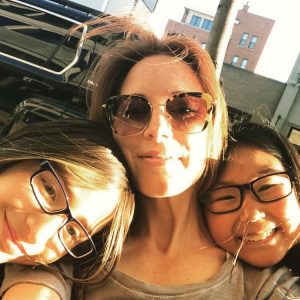 Thanks for being here and for being a part of Dim Sum And Doughnuts!

We appreciate you so much.

The Kindergarten Learning Curve
5 Punishments You Must Try!
Dollar Store Discourse
Do You Believe In G-D?