I hate that it took me a year to write this post. But I guess some years are like that. My last two were. I bit off more than I could chew professionally, so other things got the shaft. I’m sad the blog was one of them because it’s important to me. I like knowing my girls will have pieces like this they can refer to one day, should they ever be in need…

In no particular order, here we go, yo:

1. If you’re not sure, ASK. Find somebody who knows the deal and get your questions answered. Better to  just do it right the first time, than to have to start all over.

2. Be cool to EVERYONE. An enemy is not an enemy until he or she presents himself as such – to you. I don’t care about color, race or ethnicity, and I don’t care who else hates them. The enemy of someone else is not your business.

3. You don’t have to be the leader, just don’t be a follower.

4. Know your audience. Not everyone has the same sense of humor, make sure to consider the end result before you start speaking. (This one I am continuously working on.)

5. Drive defensively. Go SLOW in parking lots. Respect neighborhood speed limits. Don’t let anyone pressure you when it’s bad out, and (as my dad used to say): “Don’t press the gas right when light turns green; someone else may be running the red.”

6. Ignoring a problem won’t make it go away, it just moves it.

7. SUM people are not trustworthy. Just because a story is told one way, doesn’t mean it happened that way. If you find someone to be a liar / unreliable narrator, take everything they say as “entertainment” and try not to be alone with them.

8. DO NOT LEAVE YOUR DRINK UNATTENDED IN A PUBLIC PLACE. EVER.

9. Tell the truth from the BEGINNING or have fun remembering all the lies before you eventually get busted anyway.

10. Don’t let ANYONE be mean to you. Mean people are just unhappy. No one who is happy is also mean. Sorry, they’re not. But life is hard, and sometimes people become mean as a result. Respond with sympathy, or call the mean person out–but either way, take care of it or they will keep coming for you. And you don’t want to live like that.

12. Just because you get the last word does not mean you are right.

13. Don’t bash another person or business to make you or yours look better. I can’t STAND when bad energy people come into our shoppe and trash another business. It’s so gross. One lady got so mad I was defending the business she was trashing that she left. #BYE

14.  Do your research. No matter what it is, do the research. It will never fully prepare you for the real thing (nothing ever does), but it sure helps.

16. There will usually be a BIG difference between how you thought it would be and how it is. Learn to adapt.

17. “If You Build It, They Will Come.” No. Unless you have a captive audience, a super desirable location, or a large and loyal customer base–you have to build it, promote the CRAP out of it, and then they will come.

19. “You are what you eat!” I get it. I do. Sweet treats are way more delicious than healthy foods–at least to me they are, but I also try to eat healthy and I exercise! Not like I used to, but as much as I can. When I try to get my girls to see that balance of junk food, healthy food and exercise, they don’t care. They are happy being yuck mouths. One time I googled pictures of crystal meth addicts and told them: “THAT’S what you’re going to look like if all you eat is junk!” HAHAHAHA!!!! (They didn’t think it was funny.)

20. Don’t hit “SEND” on anything until you double check it’s being sent to the correct person. Your heart will thank you.

21. The piercing and tattoo thing. It would be obscenely hypocritical for me to tell ANYONE not to get a tattoo. I love tattoos. I have been getting them since I was 19. When I got my first, I got a real small one on my foot that could be easily covered just in case I decided to go into a profession that didn’t embrace body art. And in those days, most professions didn’t. These days…? I don’t know. So many people have tattoos! Like it’s no big deal. And, who knows? Maybe it’s not. But just in case a visible tattoo could hurt your chances of getting the job you want one day…it couldn’t hurt to wait or go small.

22. Change does not occur by bitching about a problem. Stand up, speak out, and BE part of the change. Or STFU.

23. The SUPER hard drugs. Don’t even bother. Just don’t. I love what Paul McCartney said to Howard Stern about telling his kids to pretend they had already tried the drug and it didn’t go well. I wish I had thought of that. I never had a good excuse. I just had to stay strong because I knew if I TRIED any of the really hard stuff, I’d like it. And who was going to pay for it? Not me! So I just never tried it. (But when I’m old, and things are pretty much over for me, I’m going to do hard drugs all day long. I’m going to do HARD drugs and smoke cigarettes and eat cake and cheeseburgers and burritos and binge watch Netflix and Prime ALL DAY LONG!)

24. Don’t expect a lot. From anything or anyone. That way you won’t be disappointed. People give what they can or what their capacity level allows.

25. Don’t try to make a hater like you. Haters are miserable biatches and anything you do, (especially if it’s something great) will only make them hate you more. BE YOU and trust me when I say, they are bitter sisters who don’t matter even a little. “Haters gonna hate, cuz they can’t relate, to your aweSUMness and what makes you great!” (I just made that up.)

27. People aren’t mind readers. If you have something to say, say it–but say it to the person you are upset with. Don’t slam cabinets or make weird, huffy noises under your breath. Don’t go bitching and recruiting others to back you, and don’t go venting on social media. Confront the person you have an issue with and 9 times out of 10 it can be easily resolved without all the extra drama.

28. Don’t walk alone at night. Or during the day. Or basically ever. But definitely not at night.

29. Get it in writing: When I got into the business world, that was one of the first things my mom (An OG girl boss) taught me. GET IT IN WRITING. A paper trail of some kind is important in case an issue comes up later. If an agreement is made over the phone, get a name and a date. Cover Yo A$$.

30. If he tells you he loves you so you’ll have sex with him, don’t–because he doesn’t.

31. Don’t put anything on the internet you wouldn’t want EVERY PERSON IN THE WORLD knowing now or in the future. Your feelings may temporary, but screen shots are forever.

32. Know the difference between “there, their and they’re” and “too, two and to.”

33. Be cool to old people. Your time will come and the road there starts earlier than you think. I’m not even 50 and I have CUSTOM orthotics for BOTH FEET! I knew my cousin and I shouldn’t have made so much fun of Aunt Florence’s orthopedic shoes…

34. Don’t brush too hard. Especially the gums. It makes the top of the tooth yellow and it sucks. My oldest who is 12 loves to point it out to me, “Mommy, your teeth are yellow over there.” Like I don’t already know. Thanks.

36. Follow through on threats and commitments or lose your credibility.

38. Shake hands for REAL. Get in there. Don’t shake like a wimp, because you’re not.

39. Find The Good. There’s good in even the suckiest of people. And sometimes we have to have sucky people in our lives. Find the good and concentrate on it. Of course, if someone in your life is so toxic that you truly can’t breathe, then yeah, they gotta go–but with most people, there’s some good there. Find it and lean into it.

40. Trust your gut. If you feel like something isn’t right, it isn’t. GTFO.

41. “Pay your bills every month, on time, in full.” My dad left me that little ditty on a post-it when I got my first credit card in college. He wanted me to take my credit rating seriously and start building credit early. And I did. And now I like to brag to my husband how lucky he is for marrying someone who rocks a BAD A$$ credit rating, yeah BOI!!!

42. Don’t depend on someone else for your happiness. Ew. That sh*t is up to you. Everyone else is just an enhancer.

43. Fake NO. When I was in my late 20’s, I got myself a fake Prada bag in NYC. I had just started in the business world and I was PUMPED to get clients with my NEW bag. And then I proudly showed my dad and he said: “It’s fake.” And I said “I KNOW it’s fake, but it looks so real!” And he said: “But it’s not real, it’s fake, and YOU know it’s fake.”

(Plus, counterfeiting is linked to crimes like human trafficking, child labor and terrorism, so no fakes–unless it’s fur. And if someone tries to consign a fake bag at Sum Girls Boutique, I will throw up in it.)

44. Don’t try to reason with someone who isn’t reasonable.

45. There’s Mr. Right and Mr. Right Now. Both are important, but vastly different.

46. Stay away from magnifying side of the mirror. Nothing good comes from that side.

47. Check your pockets before loaning, washing, donating, flying or consigning.

49. Learn from your mistakes. You will make lots of them, but they will help you grow into greatness.

50. Always check to make sure there is enough toilet paper BEFORE you start to go.

Be smart. Have fun. 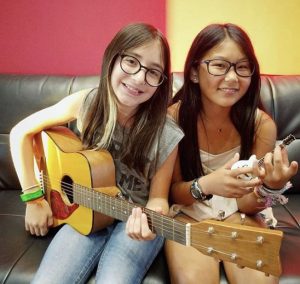 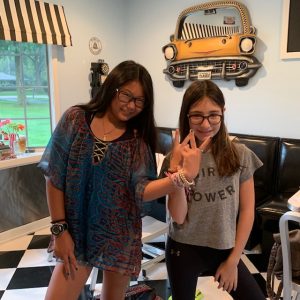 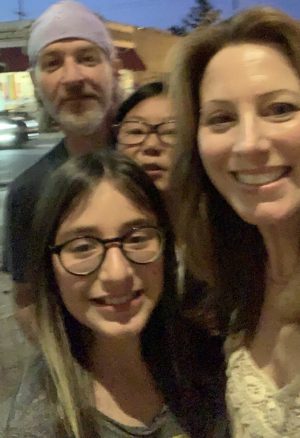 Do you have SUM-thing you’d like to add? Feel free in the comments!

Thank you for being here and sticking with us after all this time! We are grateful.

Working While Mothering
The Election: 2016
Being A Camp Director's Wife
When Your Kid Comes Home From Camp