I’m not even one bit embarrassed to admit that. Most people don’t like to admit that they love Facebook, or even like it, but I do. I don’t care. Everyone is always “Oh, I don’t really go on Facebook” or “I’m not really a Facebook person” but not me.  I go on almost every day. If I don’t go on it’s because I’m on vacation, or dead.

I even have a Facebook schedule. (Still not embarrassed.)

I go on every morning. First I like to wish everyone a “Happy Birthday.” Then, I like to scroll through the News Feed. I pretty much get all of my news from Facebook. I don’t like to watch the News on TV, it makes me sad. Sometimes I will walk into my bedroom and my husband, Cody, is watching the news. I don’t like that.

I don’t want to hear about all the bad in the world right before I go to bed. It’s too overwhelming for me. It makes me feel really insignificant and helpless. I want to rescue all those dogs that were found running around in Detroit’s River Rouge Park or adopt that kid whose mom is an illiterate crack head, but I can’t. We don’t have the time right now to train a new dog before we leave for camp and we’re still broke from adopting our own kid, so I just don’t watch. I figure if there is something really crazy going on, Cody will tell me or I will find out the next morning, when I go on Facebook.

There is always someone on my News Feed that’s going to inform me of what’s going on in the world. I know about Gwenyth’s conscious uncoupling, I know that the cute store Niche in Indianapolis is having a sale, and I have seen a business card turn into a piano. If there is a snowstorm heading my way, someone will post it, and if there is a political secret, someone will leak it. In the midst of all the bad stuff though, there is also good stuff. That’s what is so great about the Facebook News Feed. It’s padded.

Right below one friend’s post about a little girl trying to beat cancer there might be a picture of another friend’s kid with cake all over his face. (I’ll take some of that cake, please.)

The thing is, I only have about 8 minutes to get though my News Feed so I have to scroll fast. I only have 8 minutes because, yes, when I’m scrolling, I’m also smoking a cigarette. Bad I know.

PSA: Cigarettes are bad for you. They cause cancer and if you smoke, you will DIE.

Anyway, those 8 minutes, that’s all the time I give myself for the Facebook News Feed.

Of course if I get a Facebook alert on my phone, I will comment or “Like” it—I mean it’s not MY fault that something is coming through, right? I can’t ignore it, someone needs me. And if I feel like throwing out some random status about how I almost just pulled out of a gas station with the pump still in my car, I’ll do it, you can’t stop me—but do I dare stroll through the News Feed? No. Not until morning. I’m very disciplined like that (with my News Feed and my cigs.)

There are days though, when my friend “Busy” will text me and say “Will you please go on Facebook RIGHT NOW and look at Soenso’s post? Do it. NOW!!!”  So, of course I have to. But I can’t go any further, I can NOT look at anymore of the News Feed, because you know what will happen if I do?

I’ll get sucked in.

How can I not? With the exception of a few holdouts who are truly anti-Facebook, ALL of my friends are on there! It’s a virtual playground; it’s CYBER RECESS!!

Think about it. Who is on Facebook? Your friends! Friends from the neighborhood, elementary school, middle school, high school. And I don’t know who your friends are (I‘m sure you have a lot) but I’ve got friends from college, after college and friends that I made when I moved back to Detroit. Friends I met on vacation and friends I’m not even completely sure I know (but didn’t want to decline because even though I’m not that nice, I’m also not that mean).

Friends through our China adoption and friends I made yesterday. Friends from camp as a kid and camp now. In all my years, I have been lucky enough to make friends from all over the country and all over the world—and I love them all (well, maybe some of them I’m not that into, but you know…that’s how it goes).

Where else besides Facebook are you going to get almost ALL of your friends, in one place? It’s the BEST!

Don’t get me wrong. I have my issues with Facebook. (Who doesn’t?) I even did a post outlining my Top 10 issues and, for the most part, I still feel the same.

But still, for as much as I don’t get half of what goes on with people‘s Facebook posts, I still get it more than I get Twitter. 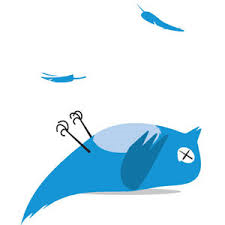 I wish I did, but I don’t. One of my best girlfriends, “Julia” recently asked me to “follow” her on Twitter. Actually, what she said was “Follow me, bitch.” So, I did. I even tried to read some of the stuff on her page; it was a foreign language. It was all @ signs and these things: # # #with words after them. I don’t know what the hell was going on. It was hashtag mania.

And now I have people telling me that I need to get on Instragram because it will help me get more exposure for Dim Sum and Doughnuts. It’s scary out there beyond the confines of Facebook though—in the big, big world of social media. I don’t understand it. It’s all just too much!

I’ll get there eventually though. And when I do, I hope you’ll find me. Until then… #facebookforever

Check us out at https://www.facebook.com/dimsumanddoughnuts for updates and other fun stuff!! 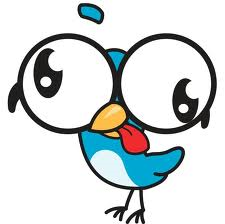 Intrusive In Laws, Awkward Moments and Family Questions
The Friend Philosophy
Being Grateful
It's Her Story To Tell