I read an article once that said “Black dogs are less likely to be adopted than dogs of other colors.” I never forgot that article because I didn’t understand. Why would dogs get the shaft simply for being black? Some of my favorite dogs are black!

In truth though, whenever I had to look for a new dog, I always leaned towards the lighter ones. It’s probably because I’ve always had Golden Retrievers, so I never thought to get anything else. We recently brought a new dog into our family though, and he’s black.

His name was originally “Gibbs” and he is a full-bred Black Lab. Gibbs was a show dog living just outside of Ann Arbor, Michigan. He lived with his mom, Ruby, and his dad, Fritz (also show dogs) and a bunch of other dogs. The breeder is very cool and her dogs are all very well cared for.

Gibbs was bred to be a show dog. He won “Best Puppy” but then promptly decided he didn’t want to “show” anymore. I assumed it’s because he wanted to end his career on top, but the breeder told us the other puppies were coming into the ring, puffing up their chests—acting all bad ass—and that made Gibbs uncomfortable. At almost 2 years old, he could have been a contender, but competition isn’t his thing. He likes to chill.

He sounded perfect. I had to have him. But nothing good comes easy.

When we first started looking for a new dog, we wasted a STUPID amount of time with one of the Golden Retriever rescue agencies in our area. They gave us nothing but grief even though we had adopted from them before. In the end, we walked away frustrated and discouraged.

After that, we hooked up with a Lab Rescue agency. We had never had a Lab before but we figured they weren’t that much different from Golden Retrievers so OK.

The Lab Rescue we worked with was stellar, but sadly, after a week of living with us, the Lab mix we took home turned out to be the wrong fit for our family and lifestyle.

We were discouraged once again until one of my girlfriends said “There’s a ton of dogs out there, just do a search.”  I said “I have been searching! What’s a good search engine?” and she said “Um, how about GOOGLE.COM…?

And she was right. There are tons of different ways to get a dog! You just have to do the research!

I sat down one night and contacted twelve different dog people in Michigan, and out of those twelve, three of them pointed me in the direction of Gibbs. THREE of them! One of them even said that he was “very well mannered.”

I got in touch with the breeder and she told me about Gibbs—and just to make sure she had me by the girl cajones, she sent me a link to look at his pictures. The photos were taken by a professional photographer. They were beautiful and so was he.

I could just tell.

Yes, it bothered me that we weren’t rescuing again—I had always rescued—but this dog also needed us, and we needed HIM. There’s a lot of diva in this house: 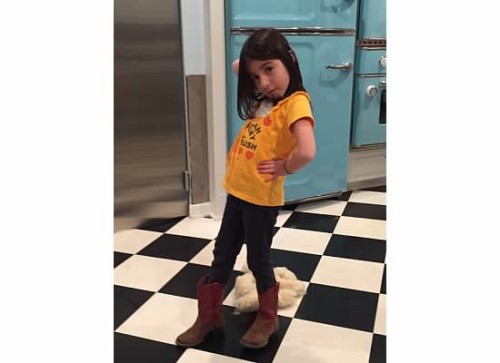 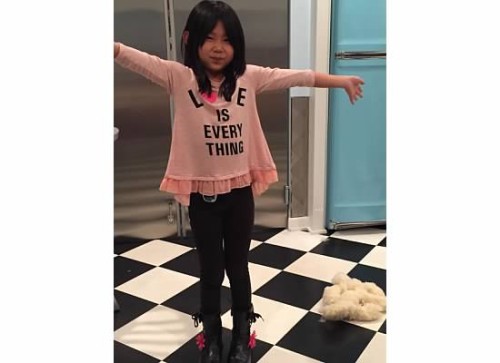 I needed a little boy.

When I told my husband about this perfect dog, he responded the way he usually responds to one of my AWESOME ideas. He said the dog “sounded good” but we should still explore more options. He did the same thing when I approached him about adopting from China. He wasn’t opposed, but he still made me look into other countries.

Dream Crusher! I don’t know why I was surprised, but I was. Why wasn’t he more excited? I know we had originally envisioned a lighter dog to round off our family but WHO CARES? This dog was PERFECT!

I was sad. We had been searching for a new dog for months all the while mourning the loss of our other one. I missed having a little boy. The equilibrium in our house was “off” without a boy dog.

I sighed and hung my head, and then I remembered the article I read about black dogs. I pointed at my husband and yelled: “YOU‘RE A DOG RACIST!!” and stomped off.

He called me “crazy” but I didn’t care. I found the best dog EVER and he was going to join our family and we were going to change the way people viewed black dogs! We were going to raise awareness and be the Black Dog Crusaders!” (BDC, yo.)

I did what he asked though. I pursued other options just like I did so many years ago with our baby adoption. I found two other plausible dogs for us to meet and I scheduled meetings.

The first one was with a Golden Retriever mix. He was super cute but he was 5 years old, and the day before we were supposed to meet him we decided that a younger dog would be better suited for our family so we cancelled.

(SIDE NOTE: The dog got rescued right after, but I felt bad about cancelling so I sent a check to the shelter. It wasn’t a huge “baller” check, but pet shelters are grateful for whatever people send. They need so much stuff!)

Next up: Gibbs (the black Lab I wanted) and third, a yellow Lab puppy a few hours away. The yellow Lab, like Gibbs, was also close to 2 years old and he looked very happy (but he also looked like he could rip up my fave boots in about 4 seconds).

On the day of our meeting with Gibbs, I was nervous as we sat waiting on the foyer floor of the breeder’s house. I got scared that maybe the “perfect dog” version I had built up in my head might have been a little idealized.  What if he sucked??

But we had the yellow dog as backup, so whatever. No pressure.

And then Gibbs came in. 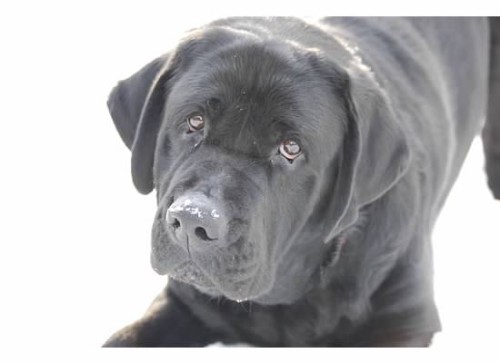 He was “the one.” I was right all along! That big head, that sweet demeanor, he didn’t even jump on us! It was exactly like when I saw his picture. He was perfect.

Boom. Done. But we couldn’t bring him home right away. He needed to get neutered and recover, plus the breeder was busy with shows, so it was almost a month before she could have us back—but he was going to be ours.

When we finally got the OK to come get him a month later, we were a little more excited than he was.

Things were very weird when we first brought him home. Though very sweet, he never wagged his tail and he couldn’t get comfortable. It was hard for us to watch him mourn the loss of his old life. It wasn’t much different from when we brought our daughter home from China and she was like What the hell is happening?

Gradually, our new dog got more comfortable and just like our daughter, one day (out of nowhere) everything clicked and the perfect black dog started to settle into his new life and his new name:

I hate that black dogs frequently get passed over when it comes to adoption. True, they are harder to see in the dark so there’s a 100% chance you’re going to trip over them EVERY NIGHT. And yes, you will find black hair in crazy places, like your water glass. But the biggest reason I think they get passed over is because they don’t always photograph well.

It’s hard to get a good shot. His handsomeness doesn’t translate well and most of the time he comes out looking like a big, black blob. 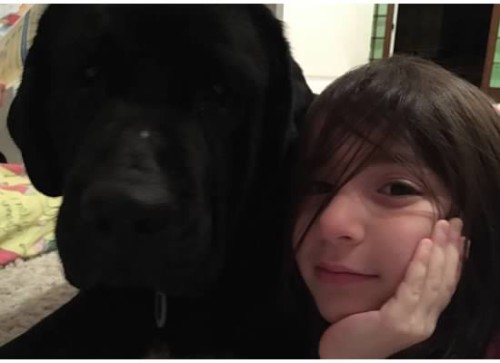 Outside shots are the best: 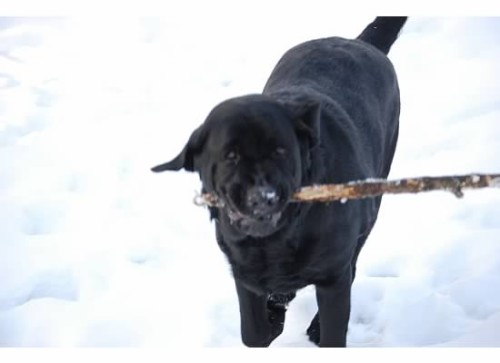 and occasionally we’ll get a few good ones inside: 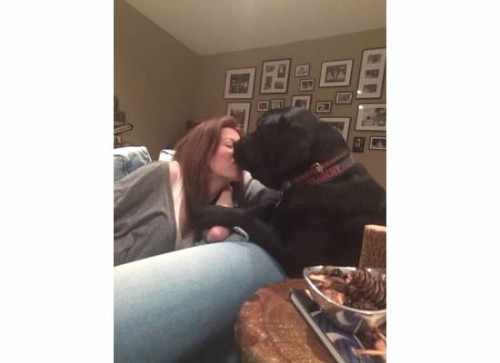 …but the best shots are the ones where he’s doing what he does best: Just chillin’. 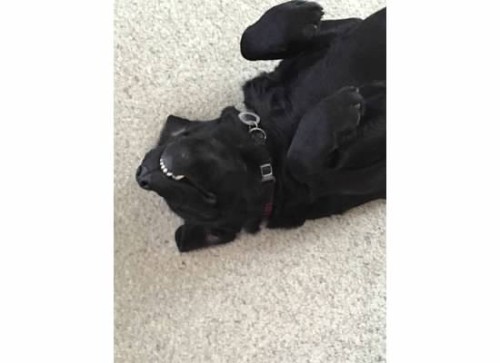 Thanks for being here! Black dogs forever! #BDC