An announcement filled with bad news is the quickest way to elicit unconditional support from the people around you. Oddly enough, the same is not always true when it comes to good news. That’s because “good” news is open to interpretation. Sometimes good news is good for you, but not everyone around you.

It’s very natural for others to consider how your “good” news is going to affect them, even when it’s not about them. I have found though, the longer you’ve known the person, the less surprised you will be by their reaction.

When we announced, so many years ago, that we were adopting a baby from China, I didn’t think there’d be anyone in our circle who would have anything negative to say, but I was wrong.

And not only was I wrong, I was ill prepared! That was my own fault though. It wasn’t like I hadn’t read about adoption and people who said unsupportive things—I just never thought it would happen to us, especially with a person I thought would be excited.

It was dirt on my shoulder so I brushed it off.

If I had caved, I wouldn’t have my oldest daughter. 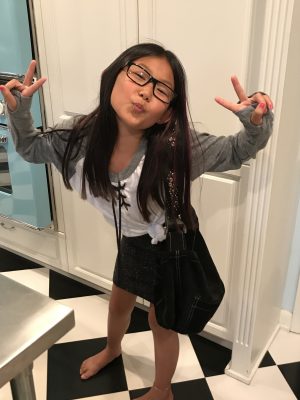 It takes a minute to get over that kind of thing; to get over a negative reaction to something so positive. Time heals, yes, but a quicker fix is learning what to ignore and what to consider.

Writing blogs like Fu-Lan Mania and Dim Sum and Doughnuts has given me armour because negative feedback is such a big part of the writing process. I have been putting myself out there for so many years, at this point I pretty much know everything negative anyone has to say against me.

If I cared, I certainly wouldn’t be putting my mistakes and lessons learned on the freaking INTERNET.

The people rolling their eyes and talking sh*t about me, I bet you’d be hard pressed to find even one of them doing anything so much greater than what I’m trying to do.

How do I know that?

Because if they were doing something so great, they wouldn’t be ripping me.

Truly happy people are happy for others. Period.

The ones who aren’t happy for you? Aren’t supporting you? They’re not your people. They don’t care for you, and if you really think about it, I bet you don’t much care for them either.

But when someone has feedback that comes from a place of love, that’s something to consider.

Every time you put yourself out there, no matter WHAT it is, you’re going to elicit some kind of response. There will be supporters and cheerleaders and there will be eye rollers and haters.

If what you’re trying to do, or are doing, is going to make a positive change in your life or someone else’s, no way are you going to let another person’s negativity hold you back.

But what do you do when you’re confronted with a negative to your positive?

You block it out.

Positive changes should ONLY be met with support and excitement. The rest is just noise. Block it out.

And if the opposite occurs and someone you thought would be happy or supportive is choosing instead to be silent and unsupportive, block that out too. Any kind of negative response, vocal or silent, is likely not even about you—it’s likely about them and their own insecurities and issues.

But your job is not to figure out all of that crap. Your job is to surround yourself with the BEST people and get sh*t done.

I think about some of my people, and all the different things they have been through, and I’m proud of the times I was along for their ride. I’m honored to have been there for so many great things, and also some horribly hard things.

Our family just recently completely gutted and re-did a space in downtown Berkley, MI so we could open a little Dim Sum & Doughnuts spin-off shoppe called “Sum Girls Boutique.” I can’t imagine doing any of it without the support and love of our people. It was like our adoption all over again; ups and downs…and some of the downs were REALLY down. It was a rollercoaster of emotions and change, but the people who love us helped us get through the madness and uncertainty.

Change is scary, even for those who aren’t scared of much. But it’s also very exciting, and anything exciting is much better when shared with people–not the MOST people, the RIGHT people.

So if you’re ready to start SUM-thing new, SUM-thing different, SUM-thing positive—do it. Block out the noise and DO IT. You will find the good ones will jump on for the ride. The right ones will surface and they WILL find you…they always do.

Thank you for being a part of our ride! 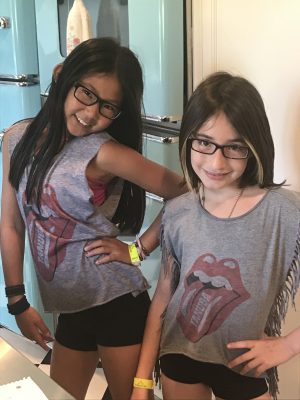 For The Subscribers:
The End of Something
Birth Day
Can You JUST....????