A few months ago one of my girlfriends (“Fly”) got a new car—one of those really cool new jeeps. The jeep had 38 miles on it so I started calling it “38 Special.” Right after Fly bought the car, she and “38 Special” went on a road trip.

After that trip, Fly went on a bunch of other road trips, but her last one ended in northern Michigan, where she will be staying for awhile. That’s great for me because that‘s where I am. (I live at an overnight camp for kids during the summer.)

There aren’t a lot of people my age working at camp so my friend selection is very limited. Fly being here means I have someone fun to go out with, because sometimes I feel the need to leave camp and do things, like see a 38 Special concert.

When I saw that they were coming to town, I flipped out. It was too perfect for us. 38 Special was pretty popular in the 80’s so it’s not like we didn’t know the hits. We weren’t super fans (we didn’t have posters on our walls or pins on our jackets), but we were “fans” enough, and we HAD to go.

How could we NOT?

Admittedly, we didn’t stay for the whole show—but while were there, we danced and fist pumped our way through every song (even the slow ones) and during those 38 VERY special moments of Rockin’ Into the Night, I learned 6 things:

1. Everything is better with music. No matter what it is that you are doing, if there is music around, it will be better. If it’s live, that’s the best.

2. Tension in a small group is normal. I don’t know FOR SURE if there is tension between the guys of 38 Special, I’m just saying that the keyboard player looked a little annoyed that that the lead singer was doing all the introductions—like he was the leader. They’re a band, is there a leader?

Of course, there needs to be some kind of leadership, but just because you’re the lead singer doesn’t mean you’re the leader. And he wasn’t even the only singer!! The keyboard guy was a singer too! He had a HUGE hit. I can’t remember what it was called but it was big. Maybe he wanted to do the introductions?? I don’t know, the keyboard player just seemed mad. Maybe I’m wrong. Maybe the lead singer is the actual “agreed upon” leader. If that’s the case, that’s great, I just wish I would have known because I would have spent a lot less time feeling bad for the keyboard player.

Once I went to an Eminem, 50 Cent, Obie Trice, concert at Comerica Park in Detroit. I found a great spot in the pit so I was really excited—but when I first got there, there were a few minutes where I didn’t feel confident about my good time. I felt very unwanted in my section. I felt like an old, white, Jewish mom from the suburbs. I couldn’t figure out if I was really cool for being in that section, or if I was a huge loser for being that big of a fan. (The friend that was with me was cool so if I was a loser, at least I was bringing him down with me.)

Anyway, I could tell the people weren’t thrilled with me being all up in their action at first, but once they gave me a chance, we were sharing drinks and 50 Cent’s cousin was offering me piggy back rides so I could see better. (At least that’s who he said he was, and I believed him.)

5. Just because you’re getting older doesn‘t mean you don’t get to go to concerts anymore. The Silver Fox in front of us was having a blast, taking pictures with a flip phone and shaking his booty. His wife though, wasn’t having quite the same good time. When she wasn’t pulling on his sleeve and pointing at her watch, she was knitting. 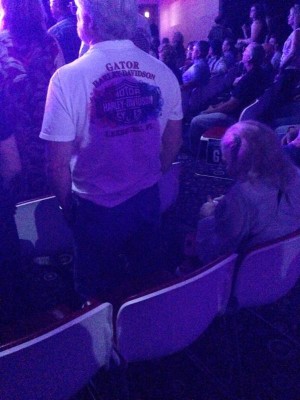 Fly and I felt bad for that guy. Next time Flip Phone should leave his wife at home and come hang with us.

6. As you get older, you need less. The room 38 Special played was part of a casino. It holds around 1000 people. That is, by no means, the biggest show that band has ever played, but they didn’t care. They didn’t need to fill a stadium or arena. In fact, in the middle of one of the songs, the “Lead” singer announced that he had “the best job in the world.“

That’s a good place to be. When I saw Eddie Money play a few years ago at an Italian restaurant, he kept saying that he should have “held onto his money.” He made a ton of cash and messed up. That has to suck. 38 Special must have done something right. We could all learn a little something from them.

And Fly just sent me this picture. I guess I know what I’m doing July 12. 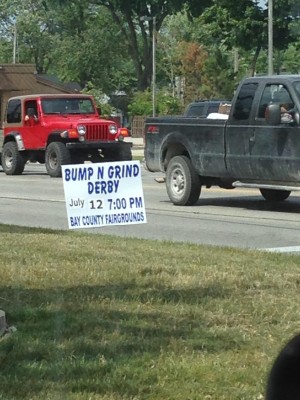 Thanks for being here! #rockon

A Little Help With Homesickness...
When Your Kid Comes Home From Camp
Stand Up
Camp: Opening Day