Some people believe it’s a primal instinct for women to want to be pregnant. Not me. I never felt the urge to be pregnant and the thought of giving birth terrified me. Our plan was to have one and then adopt one. I tried for a few months to get pregnant and physically there was nothing stopping me, but it just wasn’t meant to be, at least for the time being.

When we decided to switch our plan to adopt first, I remember the relief. We were going to build our family, we got to choose the sex of our child, I didn’t have to be pregnant, and I didn’t have to give birth.

Maybe you’re considering adoption because you’ve tried everything else and you’re worn out, or maybe you just don’t have the “need” to have a biological child. Either way, I feel like I’m in a prime position to get real on the subject since I have a child that is adopted, but I also have one that isn’t. 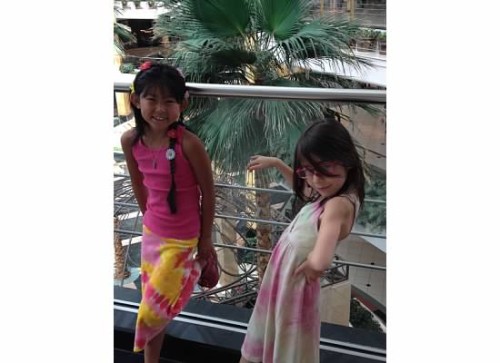 If you’re thinking about adoption, believe that any kid can be your kid. Most anyone who has made the decision to adopt probably already feels that way, but for some adoption isn‘t a first choice, it‘s a last resort. I’m willing to bet, though, if you pull 100 families who have adopted, you will get very few who don’t feel that their kid is their kid. Sure, they may not have felt that way going in, or even when the kid was placed in their arms, but any kid you birth or adopt is going to feel foreign at first. I don’t care where they’re from or how they got to you. There’s a new person in your world and everything just changed, BIG TIME.

It is MORE than possible to connect with a child who is adopted. Someone else made and birthed my daughter, but if they walked past each other, they’d never know it. She’s my kid. Sometimes she will say something and it will be exactly what I was thinking,  other times we will look at each other as we notice the same  “funky smell,” and lately she has become extremely argumentative. When I brought that annoying behavior up to a friend of mine, he said “You know why she’s like that?…Because you are.” Lucky me!

Do your research. Check out lots of countries, including your own. I knew I wanted China because right around the time we decided to start a family, I had been reading a book called The Lost Daughters of China and I was obsessed. (I tend to get obsessive about things.) I HAD TO adopt a kid from China. My husband still made me look into other places, just to be sure, but China was the right choice for us.

Consider visiting the child’s place of origin when the time is right. Not all parents (or kids) will be able to do this. In fact, not all parents or kids will want to do this, but if it’s possible (and affordable) to one day take your child back to where he or she is from, I have to believe it will be a meaningful trip— and even more meaningful if it’s with you.

[Sidenote: If you adopt within your country, a trip to their area is still a good idea. You can’t be like “Oh! We’re in Florida and he’s from Alabama. Same country! Off the hook!” NOPE.]

Don’t make your child someone she’s not. One of my best girlfriends adopted two amazing girls. We have very little background on either one of her girls because they were left (at different times) at a fire station. The older one has hair that definitely leans more towards the African American culture, but my girlfriend is Caucasian and has no idea how to “do” her hair. So you know what she does? She takes her daughter to a salon that specializes in African American hair.

Don’t be scared to adopt because the kid you get might have issues. Your kid will have issues. That’s because all kids have issues. Some issues, admittedly, are worse than others, so make sure everyone involved knows going in what you are and are not willing to accept. No one is judging you, and who cares if they are? You’re building your family your way. But once that kid is placed in your arms, you have to deal. You get what you get–same as it would be if you birthed the kid yourself. Plus, who’s to say that kid wouldn’t have issues?

Be open about the adoption from the very beginning. Talk about it. We refer to our daughter’s adoption a lot. We celebrate it and sometimes we even (GASP!!) joke around about it. I like that we openly discuss, as a family, our daughter’s life before we came into it. If you make it some big secret, it’s going to be one big secret and who needs that?? 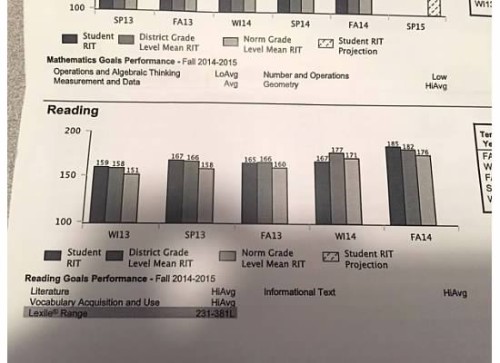 I know as an adoptive parent I’m not supposed to say that we “rescued” our kid. We didn’t. We rescued each other. We are the family we are because of my daughter, and I love the family that we are. I will always strive to do more to connect her with her culture and heritage, but for the time being, she’s in a good place—and so are we…and yes, if it wasn’t us, she likely would have been matched up with a different family, but I think she did OK landing with us.

If not, at least she’s not alone, her little sister got screwed too.