You’ve probably heard the phrase: Throw someone under the bus. It‘s when one person sacrifices another person (usually an undeserving and unknowing person) for personal gain.

My kids do this quite a bit:

No one is safe. They don’t care who you are, what you have given them. They don’t even care how much they love you. If the time is right to toss out an attention seeking anecdote, they’ll do it—and yes, under normal circumstances that wouldn’t be bad, except they don’t tell all sides of the story.

I have found that when one of my kids is reporting a story, it’s helpful if both were present for the actual incident and for the retell. If only one of the girls was present for the incident and she is the one retelling the story, things get tricky because there is no one around to argue or validate what she’s saying. Basically, it’s pretty much 50/50 that what you’re getting is the whole story.

But, if both kids are present for the incident and the retell, you have a better chance of accuracy because if any bit of information is even close to being wrong, the other one is ready to pounce with “No!! That’s NOT what HAPPENED!!” …and then the one doing the retell concedes and gets back on the truth track, or they both go off the rails and get into a huge fight about who’s right and who’s wrong, and then I’m walking because at that point, who even cares?

My kids have been on a hot streak of telling half-stories lately and yesterday’s gem was it for me:

Yesterday, we were at the bus stop and F—the older one, the 8 year old—decided to throw Bruno Marshall (our perfect, precious, pleasing dog) under the bus. (She threw Bruno under the bus while waiting for the bus!)

Everyone was standing around the bus stop, chatting about silly things we do at home when all of the sudden F exclaims “Yeah, like when BRUNO poops in our house and in my room!”

First of all, that’s not cool. Bruno did that ONE time (when we first got him) and it wasn’t his fault. We pulled him from his Mommy and Daddy and brothers and sisters, threw him in our car, and took him to our house. That could mess anyone up.

He was walking around our house like “What is happening? How did I get here? Who are these people? Am I Jewish now? Am I Chinese? WHAT IS HAPPENING???” I mean, come on! Who WOULDN’T $**t in the house?!?! And anyway, he hasn’t done it since. (Except one other time—but that’s it.)

F made it sound like he does it all the time! Poor Bruno: 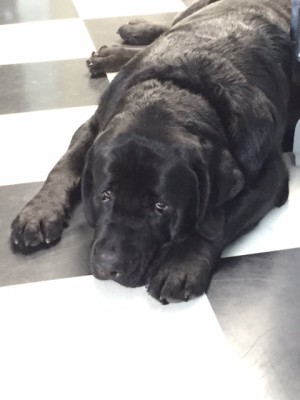 Thankfully, I was there to come to his defense, but as the bus pulled away, I considered what just transpired. The Bruno half-truth-spill wasn’t a one-time thing. I know F tells those kinds of half-stories quite often. (And sometimes they involve me!)

She looks harmless enough but she’s a walking version of the game Telephone.

It’s hard to believe anything that comes out of their mouths. They are unreliable narrators with no real concern for consequences.  They’re like little, moving Reality Shows: They only present a small part of a much larger story, and they do it a lot.

But they’re kids so, you know, that happens.

But if I don’t bring awareness to the issue now, will they continue to do it into adulthood?

I know adults who are pros at presenting only their reality when relaying a story. Is it because no one ever busted them when they were kids, or is it because they were just SO good at it that it went unnoticed?

Unfortunately, I’m not a good test case because I tend to believe everything that someone tells me. My husband used to call me “Benny O Doubt.” I give everyone the benefit of the doubt. Their reality is my reality. It’s only when a third party comes in with a conflicting story that flags are raised.

I have one friend who baffled me for years because so many of the things she told me never added up, but she was so convincing, and her narration was so plausible, that I continued to believe. And not just me! Other people too! It was several years before a third party finally confirmed that when it comes to stories and the truth, she tends to bend.

Hurtful half-truths come from incidents that are so twisted and misconstrued, they become harmful. A half-truth that is spread around can become something MUCH bigger than it is, and that usually never ends well.

I like to think that most people relay a story with all the details lined up, but just in case, it doesn’t hurt to be cautious. Sometimes the story you’re getting isn’t the WHOLE story—sometimes it’s just half the story, especially if you’re getting it from my kids: 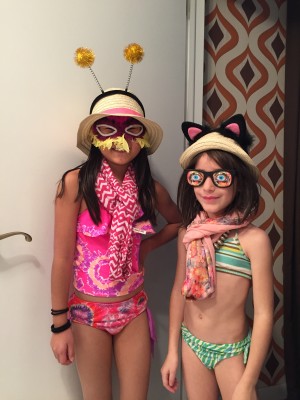 Thanks for being here! I hope you have a great day!

CHASE PERLMAN
How To Deal With Mean Girls
6 Tips For Running Errands With Kids
You Don't Have To Have Kids : Part II