The other day I got a text from my cousin “Gisele” (she picked that name) and she said that her son just learned the following tune from one of his friends: “Milk, milk, lemonade–around the corner fudge is made!”

Did you sing that when you were a kid? I did. In fact, I used to sing it with Gisele. It was a good song. I might start singing it again. We also used to do “Me Chinese, me play joke, me go pee pee in your coke” but now I feel funny doing that one because I have a daughter from China and she is, for the most part, potty trained.

In any event, that first little fudge packing ditty prompted me to start thinking about all the fun things Gisele and I used to do.

Whenever my family would visit for a weekend, we spent many Saturday nights with a bowl of cheetos, the White Pages and a phone. What else did we need? We weren’t sitting on opposite ends of the couch playing some handheld video game all by ourselves–no we were not. If we weren’t yelling “You sunk my battleship!” or beating each others asses at Connect 4, we were making phony phone calls, and we were doing it together.

Kids these days think they have it so good with all of their electronic gadgets, but they don’t know. How can a sleepover be fun unless you make at least one or two attempts to call Jenny at 867-5309?  And is it no longer hilarious to call a restaurant and ask: “Is your refrigerator running?”

When did kids become too cool for fun?

And then they will crack up (even though they won’t get it), eat 17 oreos and it will be the best sleepover EVER. 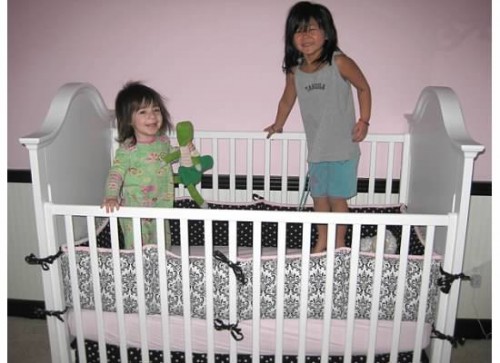 6 Things I Learned From a 38 Special Concert
Don't Be Stupid, Part 2
Cell Phone Etiquette Rant
Can You JUST....????