When my brother and I were kids, my dad used to make us say “Honest to G-D” if ever he was doubtful about something that came out of our mouths. The first time he ever brought it up to me, I was very young. We were in my bedroom, on my yellow shag carpeting, and he stood in front of me—dubious, skeptical and intimidating. I was lying, of course, and he knew it. He knew it, but he couldn’t prove it. So he had me prove it instead.

He let me ramble, as kids do, and then he asked me once more if my story was true. I said it was and he said “OK. Say ‘Honest to G-D.’”

Huh? I had never heard that before. What did that mean and why was he bringing G-D into it??

Saying “Honest to G-D,” as far as my dad was concerned, was like swearing on a Bible. He was a lawyer so it made sense, and we learned fast that he wasn’t messing around.

If we said “Honest to G-D” and we were lying, there were consequences. But if we told the truth, there were not. The threat of G-D was completely fear based, but it worked. It worked because who wants to chance THAT? My dad being angry was bad enough, but getting G-D to support him…that is some serious back-up.

I don’t claim to know anything when it comes to G-D. I just know there is something bigger than me, up there, watching. It’s a powerful force that yields many questions and many answers. I don’t know much more than that, except I don’t want to F with it. I didn’t when I was a kid and I don’t want to now. The belief that a higher power is watching me has stayed with me, and now that it has been introduced to my kids, I hope it stays with them as well: 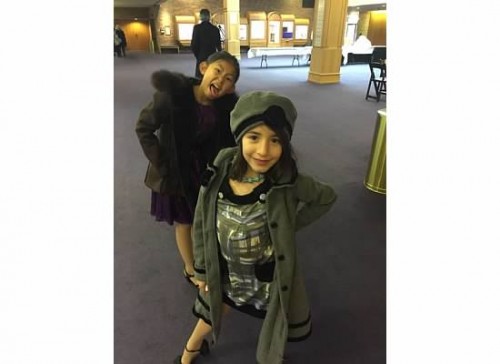 My kids are happy, fun, well-adjusted little girls, but they don’t always tell the truth.

From there they either stay strong, pleading and whining that they are telling the truth, or they realize the ramifications of their actions WON’T BE GOOD and they change their story. (It’s usually the latter.)

Last week I pledged that I would write a new piece for Dim Sum and Doughnuts every week and put it out every Thursday—so that’s what I’m going to do, for as long as I can.

In that spirit, below is a set of rules to guide me as I write. They are rules that I have always tried to follow, but I figure it can’t hurt to put them out there, in writing: 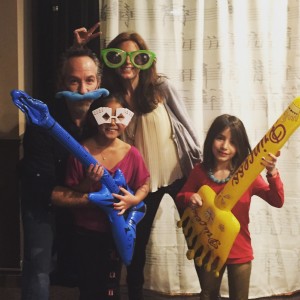 What Are You Going To Do?
Mother's Day
Old News
Dollar Store Discourse