The movie You’ve Got Mail (1998) was primarily about love blooming over the internet even though the lead characters were business rivals in real life. It also explored the demise of the independent book store at a time when “mega” bookstores were first starting to take over. It’s a solid example of art imitating life. Borders and Barnes & Noble bookstores were popping up all over the place, king kong’ing many of the small, local bookstores that stood in their way.

I remember getting angry as Meg Ryan’s character walked through the “Fox Books” super bookstore. It was a big store and, to me, uninviting. Sure, it boasted nice discounts, fancy coffee drinks and more variety, but it lacked the charm and warmth of her very cut store: “The Shop Around The Corner.“ I pointed at that “Fox Books“ and thought to myself: You big bully bookstore! You just wait. You’ll get yours one day!

Well, I think that day is here.

I was in a Borders bookstore the other day and it felt like the place was on life support. I got what I came for and I was out of there. Though one of the employees assured me that they weren’t yet on the list of stores to close, I felt like death was at the door and I had no intention of being there for the flatline.

Did I originally wish so many years ago that the large bookstore chains would all go out of business? Yes, but that was only because, as far as I was concerned, it was their fault that the local ones were going under. If we lose all of the big book stores (because at least in my area that’s really all that’s left) where will we be?

There was a Barnes & Noble not far from my house that I didn’t hate. I actually spent a lot of time there. I would have preferred a smaller, more quaint, bookstore but probably because of that Barnes & Noble, there weren’t any around. Being left with no other choice, I bought my books there and enjoyed my fair share of lattes in the sitting area.

After that one closed, I defaulted to a Borders that was a little farther away. As of just recently, it’s also gonr and that bummed me out because it had a totally cool stage in the children’s section where my girls jumped around like maniacs and made best friends with kids they‘d never see again. It wasn’t bad there. My girls were happy and I could watch over them with one eye while browsing through books and toys with the other.

And the store I was just in– no, I don’t love that one either, but it’s now the closest one to my house and I’m starting to get desperate. Unfortunately, if it were a person, it would have a broken hip, a breathing tube and a poop bag. The days are numbered over there. I’m sure of it.

Why is this happening? (That is actually a rhetorical question because I think I actually know the answer–and not only that, but I think I‘m partly to blame.) I think the mortality of the mega stores has something to do with websites such as amazon.com and wireless reading devices such as the Kindle or the Nook.

It’s so easy and convenient to order a book (used or new) from Amazon.com. I’m guilty. So guilty. But I still buy from bookstores too. I haven’t caved completely. I haven’t gotten a Kindle or a Nook. I’m still buying actual books. Doesn’t that count for something?

Are we closing in on the end of bookstores? I think we might be and that makes me very sad. I guess I could go rent You’ve Got Mail at Blockbuster to make myself feel better but, oh wait…those are gone too. 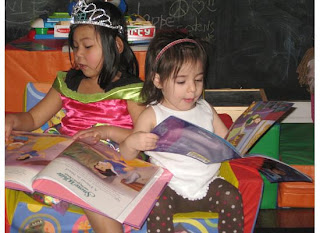 I Am Who I Am
Dim Sum & Doughnuts
What Are You Going To Do?
When You're Feeling Left Out