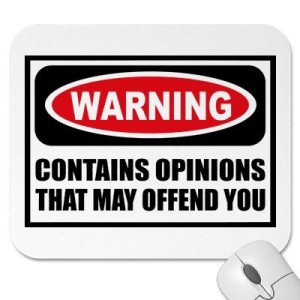 I have been going back and forth about whether or not I should discuss the Israeli-Hamas war on Dim Sum and Doughnuts. It’s not a topic I feel totally comfortable with for the following reasons:

A) There are lots of different perspectives out there.

B) I have been living at an overnight camp for the last few months so my knowledge of what is happening in the real world is somewhat limited. The current events in my world are more along the lines of whether we’re having chicken nuggets or mac & cheese for lunch today.

I can’t figure out what you’re doing. I’m not seeing any moral support for the Israelis at all. Nothing. Zero. Not a “We’re with you, Israel!!” or “Go Israel!!“ How about “We agree with you, Israel! The United States of America is also against Islamic Radical Terrorists!! WOOT WOOT!!”

There are people out there blaming Israel for defending itself. There are people saying that the Palestinians are being treated unfairly. Are you one of those people, Mr. President? And if you are, are you for real?

The Palestinians elected a terrorist government. Hamas started this war. They’re out for blood. Lots of blood. They want more blood, more violence, more suffering, more death. And there are people, lots of people, including you, President Obama, who are pointing fingers at Israel—like ISRAEL is the instigator.

There are several offensive tunnels in Gaza. Half or so of them extend into Israel. These tunnels cost around a million dollars apiece to build…steel, lighting, all that crap, and on top of that, they’re stocked with weapons: Explosives, handcuffs, syringes, ropes, tranquilizers…crazy stuff! Seems to me that the tunnels pretty much exist so bad people can gain access to Israel and launch attacks.

That’s not cool. Of course Israel is going to fight back. Everyone knows when it comes to Israel—you mess with the bull, you’re gonna get the horns. What should they have done?

But, still, it seems most of the world, including YOU, Prezzy Prez, is rooting for Hamas.

Why? What GOOD will come of them winning?

If you had to choose where you’d rather live, Israel or Palestine, would you pick Palestine?? Not me. Sorry, Palestine. Israel just has a way better vibe. Palestine always seems to get entangled with radical terror groups: Jihad, Al Qaeda, Hezbollah, all BAD. It’s not like that in Israel. Israel is truly a whole country of “Live and Let Live.“ It’s all: Freedom! Democracy! Liberty!

Israel is welcoming to all religions, Jews, Muslims, Christians…they can all be citizens of Israel. I’m not kidding when I say that the Arabs living in Israel have more rights in Israel than the ones living in Arab nations. Israel is an ally to the U.S., it’s a beacon of freedom and it’s a country of huge economic success—despite the fact that pretty much every nation surrounding it wants to see its demise.

But that’s how it goes. If you want all the good stuff (freedom, democracy, liberty) you have to fight for it. Israel has been fighting terrorism since forever. It’s under constant threat. I remember seeing soldiers with big ass guns standing outside of stores when I was there over 20 years ago—and they weren’t looking for shoplifters.

I figure anyone who hates Israel must also hate the U.S. Both countries stand for all the same convictions; we value the same things, we have the same struggle. Calling for a cease-fire that immediately “addresses Gaza’s long-term development and economic needs” while rejecting or ignoring Israel’s goals (destroying the tunnels and delegitimizing Hamas) is going to get you WHERE?

Do you really think giving in to them is going to satisfy them? The terrorists will still exist and, not only that, they’ll be even more empowered!

You are giving Hamas everything they want. Why, President Obama? Obamarama. Obamalamadingdong. Why? It’s wrong, morally and politically. You have to know that.

American foreign policy is a hot mess. Get it together. And also, you totally messed up my health care.

Do You Care If Others Judge You?
Mother's Day
Walt Disney's Progress Report
Whose Kid???