When I moved away for college, I didn’t think I was coming back. I loved Michigan; I just always assumed I’d end up somewhere else. I lived in Columbus, Ohio for several years after college, but when my best girlfriend accepted a job offer in the Detroit area, I figured it was a sign.

So I went with her, and came home (ish).

I love the suburb where I grew up, but it’s a “family” suburb and I wasn’t married and I had no kids. Plus, I already lived there for 18 years and I wanted something different. I wanted to be near a downtown area with restaurants, retail stores and fun streets where I could walk my dog, Barney. 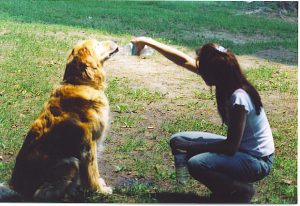 Barney and I bounced around metro Detroit for 5 years before finally settling down in a super cute house in The Village of Beverly Hills. According to the United States Census Bureau, the population of Beverly Hills is approximately 10,450. The total area is 4.02 square miles (and of those square miles, .02 is water, the main branch of the Rouge River).

I loved it. Plus, I was close to my friends and just minutes away from retail and restaurants. It was exactly where Barney and I needed to be.

I think I always knew if I ended up in Michigan, I’d end up in Beverly Hills. My dad moved there when I was in high school, after my parents divorced, and I stayed with him quite a bit. It only took me 20 minutes to get to his house, but everything was different. The Village had a totally different feel. Everything was a little slower, a little quieter, and a little more low key—and it was the same when I came back as an adult.

When I got married, my husband and I moved with our two dogs out of “my super cute house” and upgraded to “our house.” But we stayed in Beverly Hills.

At the time, we didn’t have kids and we didn’t have friends living in Beverly, but we didn’t care. We’re not far from anyone we love, and after living at an overnight camp for kids all summer—kids everywhere, all the time— it’s nice to have a little privacy.

The houses in Beverly are old, or new, but all different. The streets are quiet and lined with big trees. The people wave, whether they know you or not, and the police officers are top notch. Whether someone is speeding in the hood or walking around a school yard with a gun, (for real, that happened here) they shut sh*t down FAST. I have been in trouble with the BHPD a few times (not my fault) but they protect, and they serve—and I’m just saying, if they were to come out with a calendar each year, I’d buy it.

My kids, at this time, are well adjusted and happy. I sometimes wonder if they would have the same disposition if we lived somewhere else.

My younger one, she goes to sleep happy and wakes up happy. I want her life. She’s rainbows and unicorns, and even though she has questioned why she’s one of the only Jewish kids at her school, she’s never once complained about it. If we lived somewhere else, would she still be chasing rainbows? Would she still be “JJ,” or would she be JJ, The Jewish Kid? 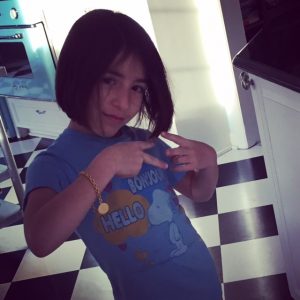 And my older one, she has made her own name for herself amongst her peers —and she comes to the table with plenty to work with: Jewish, adopted AND Chinese. BOOM. Trifecta, yo. But in our community, she’s not defined by any of those things. They’re just part of who she is. 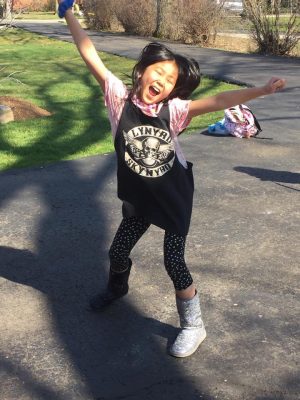 When my kids started elementary school, at Beverly Elementary, I wanted no part of the parents. I suck THAT much. I thought I had enough friends, and I didn’t feel like meeting anyone new. But of course, I did. I tried to fight it, but I’m drawn to good people— and through my kids, I have met some of the best.

The elementary school years are a rite of passage for both kids and parents. I can’t imagine going through this time alone. Who was I to even think I could? The early years come off all fun and perky, but it’s all pretty intense. I don’t know what the hell is going on half the time. The friends and neighbors I have met in our Village though—they know stuff, and they share. It’s a small community, but one that is built on well-intentioned people and lots of support.

And it’s not just them, it’s the teachers too! Teachers today work harder than ever. I would never want to be a teacher today: Parents emailing all the time with lame excuses about Bruce Springsteen’s concert being the reason for forgotten homework, annoying, repetitive questions sucking up all their teaching time. No thanks.

If I was a teacher today, I’d have an OUT OF OFFICE reply that said “Hi! Sorry I’m not getting back to you EVER because I’m TRYING TO TEACH. And if it’s after hours, you can FOR SURE forget it because I’m getting ready for tomorrow. Hope you get a better teacher next year!”

But the teachers at our school are not like that. They deal. They deal with the kids, the parents, the politics, all of it.

Our goal as parents is to raise our kids into confident, productive adults, but we’re not doing it alone. Community plays a huge part so it’s something to think about when it comes time to choose the “family house.” Just remember, the home isn’t the only place your child is raised, he’s raised by everyone around it as well: Parents, Neighbors, Teachers, Police Officers…And if you end up choosing the Village of Beverly Hills in Michigan—best of luck to your kid, because that’s where we are too! 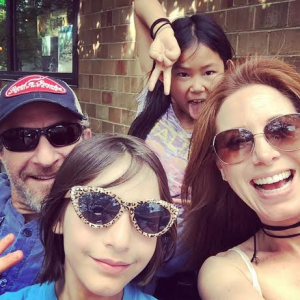 How To Deal With Mean Girls
Mother's Day
Not Everybody Is Going To Like You
Mailbag Monday! Toilets and Stop Signs