I’m sure you’ve heard the saying “It takes a village to raise a child.” It’s an old African proverb. (Did you think Hillary Clinton was the first one to say it? I did too. We’re both wrong.) As a parent, I am all about the “village” mentality. I’m always gathering parental information from others, and if I feel it will assist me in raising my girls, I use it.

I was at a cocktail party not long ago and I ran into my girlfriend, Jax. Jax has two daughters and they along really well. I want my girls to be like that. Let me re-phrase. I want my older one (Sweet Pea) to love my younger one (Lovey) like that. Lovey already lives for Sweet Pea, but if Sweet Pea had her way, Lovey would be living with you.

I get it. It’s normal to pick on the younger sibling. I was mean to my brother when we were little and I see a lot of me in Sweet Pea. “But how can that be? She’s adopted!” Trust me, spend five minutes with her and you will forget all about that adoption thing. I’m not sure if you read “Bribery in Disguise,” an entry from back in February, but if you did, you know that I actually had to develop a game in order to bribe Sweet Pea to be nice to Lovey. The game helped, it actually helped a lot, but not enough. It seems there is a lot of meanness to go around.

Jax gave me a little tip though, and I’ve been using it. She said that the first thing she does when her girls wake up is ask them, “Who’s your best friend?” and then both girls say that the other is their best friend. I wasted no time and tried it with my soon-to-be 4 year old, Sweet Pea, the next morning. When I asked her “Who’s your best friend?” she replied that I was her best friend. I was so honored and happy that I was kind of done. But then I remembered that this little exercise isn’t about me so I went back and explained that Lovey is really her best friend and we tried it again. Sweet Pea got it right the second time.

I then moved on to my 21 month old daughter, Lovey. I asked: “Who’s your best friend?” Lovey got it right the first time–that is if turning around in circles while pulling your pants down and laughing maniacally means “Sweet Pea is my best friend.” Clearly she’s not quite ready for this type of discussion, but I’ll keep trying with her because I am convinced that reinforcing the sibling bond and discussing its value will eventually make a difference. Thanks, Jax. Love the tip. Good to have you in The Village.

My friend, Tess, has a daughter who is two years older than Sweet Pea. Tess is a few steps ahead of me and always dispensing invaluable parenting tips. She mentioned a good one once and I’d like to acknowledge it here (not that it matters, it’s not like she reads my stuff—some crap about how her eyes hurt when she reads a computer screen. Nice friend. Get glasses).

Anyway, Tess told me that when I read to my kids I should point out what I’m reading. For example, “Blah blah blah, something that rhymes, and the bike is red…” While I read the words “the bike is red” I should be pointing to the red bike in order to authenticate and illustrate what I‘m saying. Who knew? Not me. Thanks, Tess. The Village loves you. You can stay.

And now my friend, Ashby. Ashby shared a tip that I used when Sweet Pea was younger and I have recently started to use it with Lovey. You know those things that are on the backs of doors? I’m not sure what they’re called. Door backers? There’s a metal spring and then a white plastic piece that goes on the end. Sweet Pea used to love to take the white pieces off. It drove me nuts. We had to tape them all on. It wasn’t just that, she took everything off of everything. And she was fast about it. Ashby said that if we could catch her in the act, we should get on her level, take the plastic thing out of her hand and say: “Sweet Pea, THAT’S not for you!” Not in a mean way, but that sing-song pretty way that sugar coats what we really mean: “WHAT IS WITH YOU? STOP IT! YOU ARE DRIVING ME FREAKING NUTS. SERIOUSLY, THE WHITE THINGS AT THE END OF THE SPRINGY THINGS? WHY??”

But we don’t want to yell. Yelling just scares little kids and if we use up all of our yelling on stupid stuff like plastic door backer things, the yelling will lose its value and then we won’t be able to use it to scare the hell out of them when we really need to. Ashby’s “No, No, honey…THAT’S not for you” line is a good alternative. It gets the point across without judgment and without volume. Good tip, Ashby. The Village welcomes you. Don’t speed. Garbage day is Tuesday.

It’s unrealistic to think that we are the only ones who influence our kids. We instill what we can, drawing from our own childhood experiences and the tips we take from others, but there comes a time in every child’s life when we have to let them wander The Village, without us. We leave them in the care of someone else–a grandparent, a teacher, a babysitter, whoever—basically someone that is not us. And when we leave them, we are left holding a big bag of hope that those we trust are making good decisions in the best interest of our child.

Plus, who’s to say that you won’t do a stellar job as a parent, but despite your self-proclaimed parental awesomeness, your kid still turns out completely messed up? Someone in your village must have given you a crappy tip and now your kid is thirty years old with his Chevette parked in your driveway and his ass living in your basement. The good news is that instead of having only yourself to blame, you now get to point fingers and blame someone from your village. 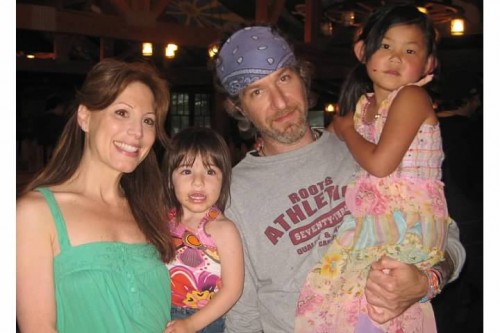