I got my first tattoo when I was nineteen. At the time, I was very tight with my dad and in a relationship with someone I really liked. My dad also liked him. It was the end of my sophomore year at Ohio State, so while I was in no hurry to get married, I figured it would probably happen one day. And if it wasn’t this guy, it would be someone equally as cool, and someone my dad liked.

I also knew, if I ever got married, I’d give up my last name.

It wasn’t that I didn’t like my name, I liked it fine—it was just kind of a pain. My last name, Storchan, was originally a French name, pronounced “Store-shawn,” but the English version was pronounced “Store-chin.”

To me, it seemed like an easy enough name, but for many, it wasn’t. I went through 32 years of people asking how to say it, or people saying it wrong. I couldn’t wait for the day I got a new last name, because as far as I was concerned, it couldn’t be any worse than what I was dealing with.

But I was stuck in a tough position. At nineteen, I was starting to get a good feel for the kind of person I was—and a large part of that came from my father. I didn’t want to give that up, so I decided to get a small tattoo, of my last name, on the lower, inside portion of my left foot.

It was my way of preserving our family history, our relationship and the name that was given to me.

I got made fun of quite a bit for that tattoo. The guys who lived in the apartment building next door (but were at our place most of the time) couldn’t have been more pleased. They joked that my new tattoo would come in handy if I ever got killed and the killer messed up my face and took all of my teeth.“This way you’ll be still identifiable!” they said. Other people said things like “Is that a tattoo of your name so you remember how to spell it?” or “Your last name? Are you scared you’re going to forget it?” 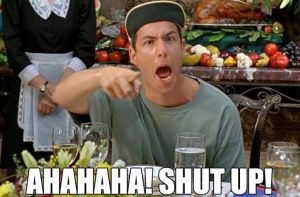 Everyone had something to say, but I didn’t care.

That tattoo was my way of paying homage to my father. I wanted to show him I’d never forget who I was or where I came from, no matter whose name I eventually took.

For some, giving up one name and taking a new one is a fresh start: New name, new person. It wasn’t like that for me. I always thought of taking on a new name as “adding on” to the person I already was.

I am proud of the life I built as Robyn Storchan. I didn’t have any older siblings to help pave the way through school or camp, and when I went out of state for college, I went alone. I made friends, got into a sorority, graduated college, got jobs, parented a dog, paid bills, built credit and bought a house, all with that name. I forged through 32 years of ups and downs, gains and losses, and mistakes and lessons with that name.

I was never looking to give up everything I was, I just wanted an easier last name.

My kids won’t have that issue. Our last name is easy. But that didn’t stop the topic from coming up just recently when my oldest daughter (9 years old) got married. It was a small, traditional Jewish ceremony held at our house.

The groom’s older brother was the Rabbi (ordained just minutes before). 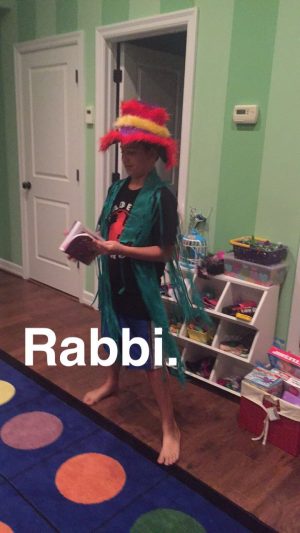 He was very creative with the marital vows, and once the groom vowed to pay for everything for the rest of the bride’s life and the bride vowed to take all of his money, the groom stepped on the glass and they were “married.”

During the reception, right before the cake (best part), my newly married daughter approached me and said: “I’m keeping my name.” 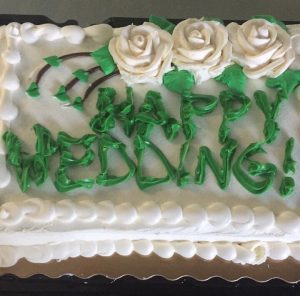 I said: “Are you sure? He’s a good guy, and his last name sounds good with your first name.”

But she was steadfast in her response: “I like my name. I’m keeping it.”

And maybe she will. Maybe one day if she gets married again, (or stays married to the hunk she’s with now) she will maintain her current stance and keep her name.

F is who she is because she is our daughter, and that will never change, no matter what her name is. 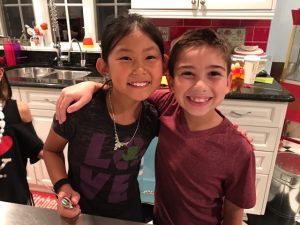 If you have any friends or family in the Detroit area with kids, please let them know about Dim Sum and Doughnuts! We are working on big things and we’d love to have them on board!