Last night, my husband, Cody, told me that I was “old news.” He says what he meant was that Dim Sum and Doughnuts, was “old news,” not me.

If that is, indeed, what he meant,  I guess he’s kind of right. I did end Dim Sum & Doughnuts and I did stop writing for awhile. But I don’t want Dim Sum and Doughnuts to be old news. It’s just seemed like the right time to end it. My dog died.

That messes you up. It really does. I don’t understand why dogs are so underrated.

And the thing is, when your dog dies, the hurt is just the same as when a person dies (sometimes worse), but the mourning period is very different. When your dog dies, you’re allowed to be sad, but not for too long because then you’re just that weird girl who is still not over her dead dog. But if a person dies, have at it. You can be messed up for years and when people speak of you, they will sadly shake their heads, look at each other knowingly and say…”Well, you know, when Soenso died, it really messed her up.” So, not only are you not weird, but you also can get away with pretty much ANYTHING.

Of course, when your dog dies, your friends call and people post stuff on your Facebook wall, heck, you might even get flowers! (I didn’t)—but there is no “Wake” or “Shiva” for you and your dog.

There should be though.

I don’t know how it is in your religion, but in mine, people send crazy amounts of food and shiva trays when someone dies. It’s all about the shiva tray. Nut Trays, Cookie Trays, Pastry Trays…”OMG, did you hear? Freida Bergenstein died. That is so sad, but she was like 1000 so you know, it happens. We should do something. What do you want to do? Should we send a tray? We should definitely send a tray.”  It is, honestly, one of my most favorite parts of being Jewish. The shiva food.

Shiva calls aren’t always fun, after all, someone has died so the bass ain’t gonna be bumpin’, but if you have to make a shiva call, chances are—there will be a good spread. 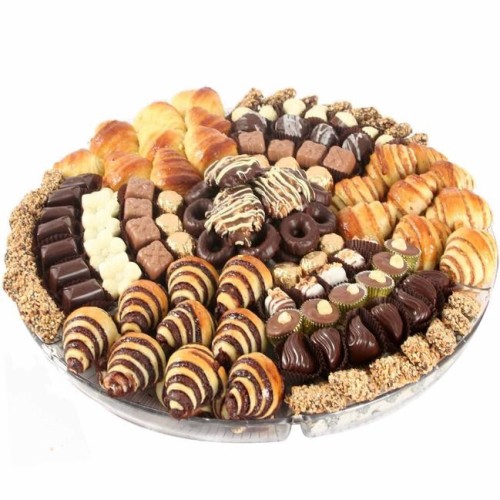 [Sidenote: See those Jordan almonds? I used to love Jordan almonds. When I was a kid I shoved a blue one as far as I could up my nose. I had to go to the hospital. It’s out now though.]

And those trays, those aren’t just for the family of the deceased, they are for anyone who comes over! The actual family, they get more. Full-on dinners are brought in for 7 nights.  It’s usually Deli food one night, Middle Eastern food one night, Greek one night, Italian one night, someone makes a casserole, I don’t know— but it is a ridiculous amount of pain-easing, comfort food. I mean, someone died for those dinners, but still.

The thing with death–it’s hardest on the ones who are left living. My dog, Floyd Coden? He’s fine. He’s up in doggie heaven dumpster diving and chasing bitches (literally). The rest of us, even after all this time, are still hurting. F, my 6 year old, can’t even listen to that song “Let Her Go” by Passenger because it reminds her of Floyd: “Mommy…you KNOW I can’t listen to this song…”

In a way though, it worked out because it gave me the opportunity to explain how music can bring back good memories, but it can also bring back painful ones. But also, it’s kind of rough because I like that song and every time it comes on, she ruins it with her DRAMA. 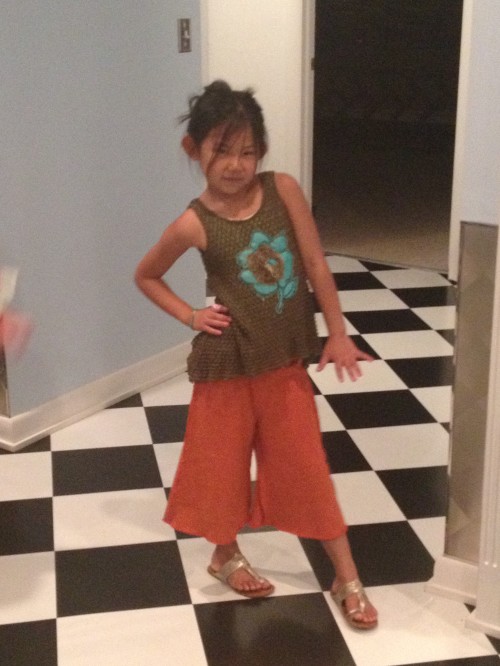 But she’s hurting, just like the rest of us, so I have to be nice. I’m hurting too, but every once in awhile I’d like to hear that song. Life does go on—even after a loss.

I told Cody if something ever happens to me, he isn’t allowed to remarry for two years. TWO YEARS. One night we ran into a Rabbi from our area (actually, I think it was at a shiva call) and we were talking about death (wow, this is really turning into quite the  “feel-good” post). I told the Rabbi if something happens to me, Cody is not allowed to get married for two years. The Rabbi got all Rabbi-ish with me…“Now, Robyn…don’t you want Cody to be happy? What if he meets someone that makes him happy, don’t you think two years is— “ but I cut him right off: “TWO YEARS, RABBI!!! NON-NEGOTIABLE!”

These guys who get married soon after their wife dies, I don’t get that. I mean, I get it, yes—it’s not easy to be alone, especially when you’re older,  but… it also seems borderline disrespectful in a way…? Your wife gave you all those years and you found someone after 3 months? What does that say about how you felt about your wife? TWO YEARS, CODY!!

We all grieve differently though—I’m learning that. We never get over the loss, we just learn to accommodate it.

I had a blog out before Dim Sum and Doughnuts called FuLan-Mania: A blog of Chinese Adoption and Clueless Parenting. I loved that blog. When Jimmy, my step-father, died I lost my mojo for FuLan-Mania. Jimmy was my biggest fan and he was a big part of why I wrote it. When Floyd Coden died, it seemed like the right time to end Dim Sum and Doughnuts because he was a big part of it.

But what I really needed was time.

But if they do, I’ll be at the shiva to pay my respects. I’ll take a pass on the Jordan almonds though.

Don't Be Stupid, Part 2
Charity Begins At Home
Neutrogena, Be Gone!
Give It Up, Sports Freak