I can’t believe another camp season is drawing to a close. It feels like we just got here, like the busses rolled in yesterday! “The days are long, the weeks are short.” That’s what we say at camp, because it’s true.

Every summer is a new beginning and every person (staff member or camper) starts with a blank canvas. Sure, everyone comes to camp with his or her own history but once they get here, they get to reinvent themselves. A kid who has never liked to swim might swim around the whole lake, and a staff member who has never been on stage might end up in a bathing suit and boa for an evening program. 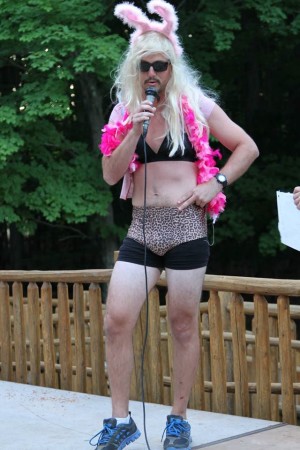 Whoever they are, wherever they’re from, we’re excited to have them. Staff and campers. 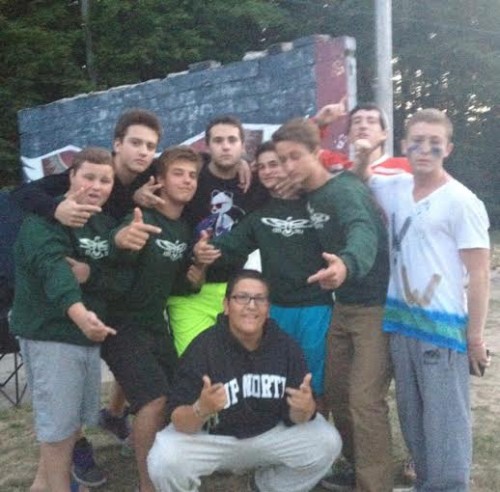 It’s no secret that we hold our staff to very high standards (I’m sure all camps do) but it really all boils down to common sense. No matter what job you do at camp, there are (from my vantage point) three simple rules to follow:

If you can do those 3 things, you’re pretty much good to go as a staff member and, as far as I’m concerned, as a person.

Most of the jobs at camp are not easy. (OK, some jobs are kind of easy, like working in the office. Filing and answering phones is not rocket science, but you still have to be happy and fun and a good fit for camp—like our Office Girls this summer.) Most of the camp jobs though, they’re hard work.

If you‘re a counselor, you’re everything to your campers, EVERYTHING, and you have to put up with them whether you want to or not. They depend on you. They look up to you. Sometimes they even listen to you.

If you’re K-Staff, you’re setting up and breaking down meals, you’re prepping and pulling out, putting away and stacking. cutting and cooking, and not only that, but you have to put up with me bugging you daily for extra pickles, cupcakes and onion rings. 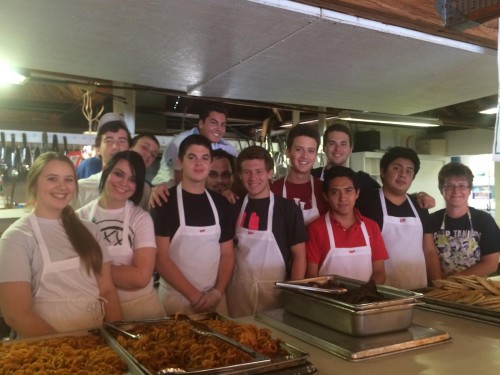 If you’re a Tripper, well, that‘s a hell I will never understand: Hiking, walking, carrying backpacks (heavy backpacks), eating who-knows-what and sleeping outside—in TENTS. Sounds horrible to me, but people love it. 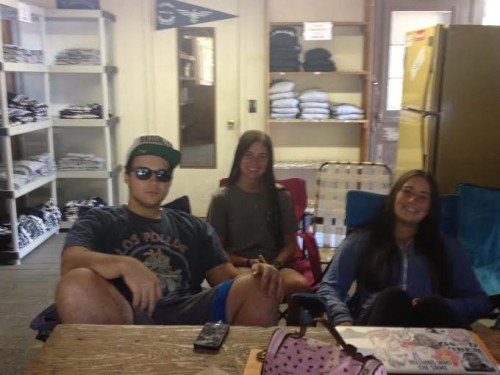 And then there is the job of “The Nans.”

“The Nans” are the camp nannies. They take care of the kids of the camp administrators. This summer there were five nannies total. My family had two because we have two kids, a 5 year old and a 7 year old. 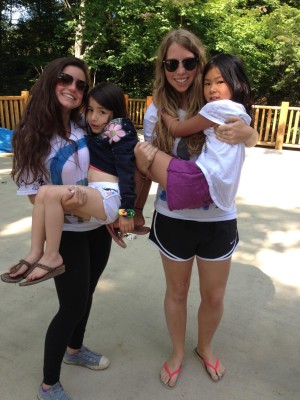 Each family has their own schedule and  job description for their nannies. My kids are no longer babies so there is plenty for them to do at camp. The job for our nannies is, basically, to keep my kids busy so I can work and to make sure they don’t drown.

Over the years, we have been very lucky in “The Nans” department. I’m not even sure when I started referring to them as “The Nans,” but every year we add a few more as members of our family. Even the nannies that aren’t ours are family to us because everyone takes care of everyone else’s kid.

Camp life is probably very similar to cult life except the brainwashing isn’t as intense and the Kool-Aid isn’t as strong. 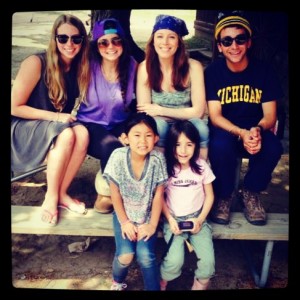 The Nans take care of our girls the way big sisters would look after little sisters, and this year, they took care of me too. They made it so I could work my regular job, be a presence at camp and work on Dim Sum and Doughnuts. We decided early on in the summer that it was going to be the “Summer of Me” for The Nans. It was their summer to grow and change, I never thought I would be growing right along with them. They gave me their opinions, their ideas and their support—and they did the same for my kids. I know being one of “The Nans” wasn’t always an easy job, I’m not always easy, and my kids are sometimes (a lot of times) a pain in the a$$, but they are also hilarious and smart and delicious, and so are The Nans.

Every once in awhile I’d question whether I was doing my kids a disservice by not spending more time with them on their academics. My kids would be running around camp doing fun things, and all of the sudden it would occur to me: “Should I be working with them on reading and math and stuff? Are they going to be really behind in the fall? My kids have had a crazy, fun summer learning invaluable things with full access to a totally stocked summer camp, but I honestly have NO idea what they have learned academically. 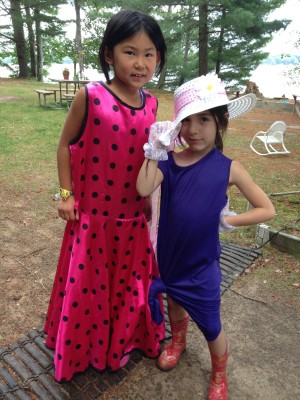 I think my older one is reading at pretty much the same level she was when we got to camp. In other words, she hasn’t gotten better, but hey—she hasn’t any gotten worse! 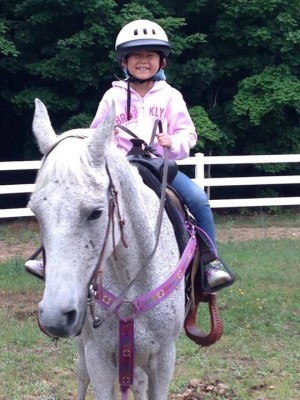 And the younger one…well, I just hope she stays just as fun and as silly as she is now because she’s about to start kindergarten and she still makes her “J’s” backwards, which she probably needs to work on since her name starts with a “J.” 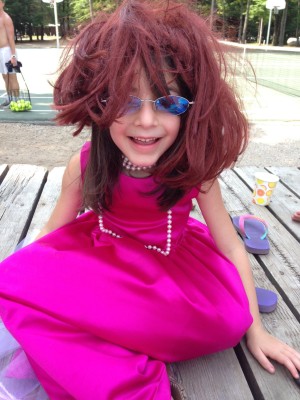 Oh well, What are you gonna do? They’ll catch up. The Nans read with them and did some math and wrote some letters so, worst case scenario, if the girls get to school and they’re behind, they can make lanyards and bracelets for everyone.

Anyway, we had some KILLER staff this summer, from all over the U.S. and all over the world. I make a point never to fall in love with a new staff member because I don’t like to get attached to kids that age. They’re transient. Who knows if they’re coming back? They say they will, they WANT to, but then they have to take summer classes, or they need to find a “real” job. (Stupid “real“ jobs! Become a teacher and then you can come back!) For many, camp is just a stop along the way, a stepping stone.

It’s horrible. I love them, and they leave me.

But sometimes, SOMETIMES, they come back! When that happens, nothing makes me happier because we have a whole new summer of fun ahead of us, but then, the summer comes to an end and they leave me again.

And that’s where I am now. With the campers and the staff.

This summer was a very, very special summer and I want to tell you more about it but I’m going to stop here because I’ve kept you long enough. I will put out Part 2 soon though and I hope you come back. I haven’t even gotten to the campers yet! 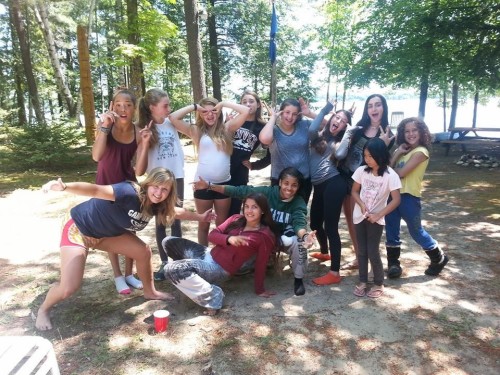 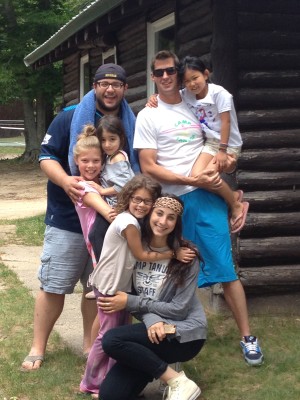 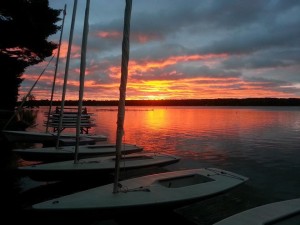 For more Dim Sum and Doughnuts (and updates) come see us at the following pages:

Professionals Who Party
"I Don't Know About You, But I'm Feeling 22"
If You Should Fall
Find Your Tribe