Last weekend, my brother-in-law got married to an amazing girl. In her wedding speech, she said that she never uses the word “hate.” I loved that. When I was a kid, my dad never let us say “hate” either—he’d always say “Hate’s a pretty strong word,“ so it made us realize that we didn’t really “hate,“ we just “couldn’t stand.”

1. The driver that “hangs out” in my blind spot. I hate you. I’m happily driving on the highway with my car on cruise control and then you come, land in my blind spot, and decide to stay there—so now we are neck and neck, basically, until someone brakes— and because of YOU that someone is me because now I’m stuck behind a car, and if I don’t brake I will end up in his trunk. Normally, I would just move to the passing lane but I can’t because YOU’RE THERE. You suck. Learn how to drive.

2. The driver who pulls out in front of me. I’m cruising at a nice, steady 45 mph, and some dummy decides that he’d like to pull out and go like 32 mph. WTF? There was no one in back of me!! You couldn’t have waited??

3. The driver who goes too fast in neighborhoods. There are kids and dogs all over the place, slow your roll, pal. One time I was going too fast in a neighborhood and some old lady who was walking her dog held her hand up so I would slow down. I was all “Take it easy, lady” but really, she was right. It totally embarrassed me so now I not only watch my speed but I also do the “Old Lady Hand Thing” to everyone. It works. Total power trip. Oh and also, the “Stop” signs in neighborhoods are not a suggestion, they’re for real, so STOP. Losers.

4. The unnecessarily slow driver. I am behind this driver a lot. It’s frustrating so I instinctively do the “WTF” hand lift and roll my eyes, but as soon as I change lanes and see the driver, I feel bad because it’s a grandpa with white hair under a “Mad Men” hat, and he’s like 90. I mean, what am I gonna do? He’s OLD. It’s OK, Pompano. Take your time. Just get the “F” out of my lane. (Just kidding, he’s old. That’s not nice.)

5. The driver who takes up 2 spaces when he parks. Sometimes it’s because the person next to him parked all bad so then he got stuck parking all bad, but for the most part, he‘s just an idiot. My girlfriend “Julia” and I used to put notes on cars like that. They said: “I HOPE YOU DON’T F**K LIKE YOU PARK” (except we spelled out the “F” word out for real). Those notes got to be a pain though so THANKFULLY my friend J. Chris Newberg (he’s a comedian, I’m totally name dropping) had little 3 x 4 sticky pads made that said “I’m sure you’re a very nice person but you park like an A-Hole“ and I took about 20 of them. I have found those to be really helpful.

6. The driver who texts while driving. OH YEAH. That’s a BIGGIE. Probably the biggest. Texting While Driving. Whenever I see people doing that, I don’t ignore it. Oh no, son. I get IN THEIR FACES (even though we’re in different cars) and I go OFF. I make “the mean, mad mommy face” and point my finger and make sure they know that texting while driving is NOT COOL. They either get all embarrassed or they try to ignore me but either way, they’re busted, and they know it. And then, when they drive away I crack up because it must look pretty hilarious when some random lady in the car next to you is going nuts.

So yeah, if you could stop doing all that, or tell others to stop, that’d be awesome. —Especially the last one. 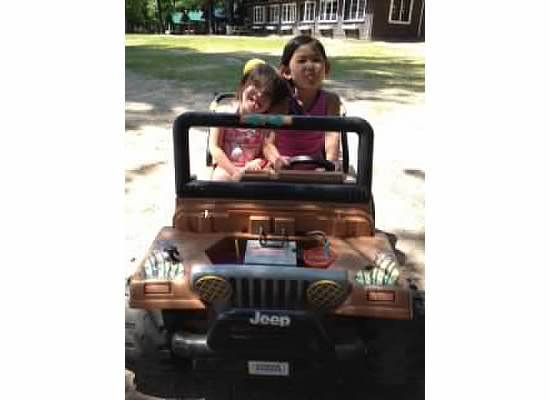