When I was a little girl, I wanted to grow up in the “room on the tippy-top floor” of the Plaza Hotel in New York City like Eloise from the book Eloise. My kids are growing up an at overnight camp in Northern Michigan. For them, Camp Tanuga is the Plaza Hotel.

Instead of the “rawther” British Nanny that Eloise had: 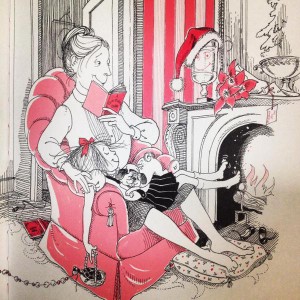 …my kids had Emily this summer, who, this fall, will be moving to Great Britain and she will be “rawther” British: 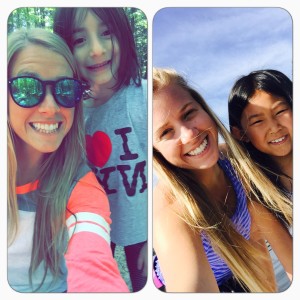 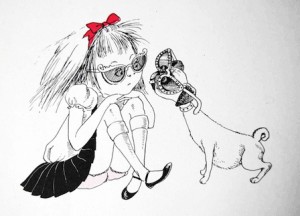 …my girls have Bruno Marshall: 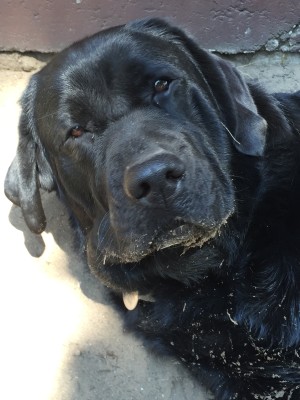 And no, they can’t call the kitchen any time of day for room service: 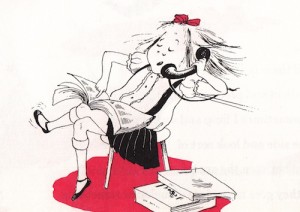 But the K-Staff in the Mess Hall is very good to them: 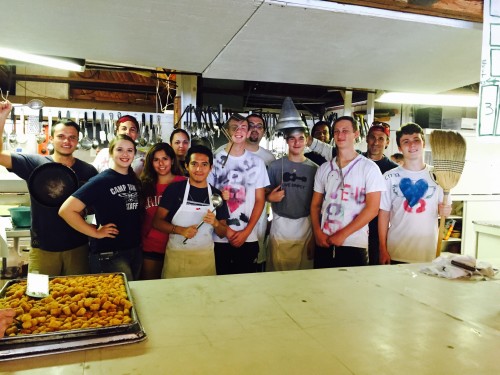 My girls are very fortunate to grow up amidst all of this, and although they are away from home for a long time, they don’t feel it because camp is also their home.

My older daughter, F, (8 years old) was in a cabin for 2 weeks this summer. She has been coming to camp since we adopted her in 2008, but this was her first summer as a camper. She was not permitted to come back to our family cabin for anything EVER during that time. For those 2 weeks she was a camper, and she did great.

F’s biggest anxiety before camp started was Evening Program. She was very hesitant about programs that required her to rise up in front of the whole camp. All eyes on her is not her thing.

Most of the time she is ALL ABOUT it though, especially if she’s taking 300 selfies in a row (300 that look exactly the same):

…or video taping herself telling the camera how beautiful she is. But getting up in front of the whole camp is something different, and her fears were legitimate.

As a camper, F did what she had to do for Evening Program, but after camp was over she made it very clear that the stage is not a place where she is most comfortable. I know I can’t intervene with all of F’s anxieties, but living at camp myself, how could I not utilize my surroundings to try and help her through this?

Camp is a place where kids bust through fears and overcome anxieties—sometimes in just a few weeks—but my kid didn’t. She grew in other ways, but she still felt exactly the same about Evening Program as she did before she was a camper.

Maybe she will always be one of those kids who doesn’t like to get on stage? If that is the case—OK, but I had one last shot before wrapping up the summer of 2015 and I was going to take it.

At the end of each camp session, there is an Evening Program that everyone looks forward to called MOCK ROCK. Last session, JJ (F’s 6 year old sister who wasn’t a camper) and Emily (our nanny for this summer) did a routine to Bad Blood by Taylor Swift. F wasn’t interested in participating. I brought up the idea of F and JJ doing Mock Rock together this session, but neither one was into it.

JJ was whining “I already did it!” And F was just a big, fat NO.

No problem. I knew it wasn’t going to be easy. I wasn’t deterred.

JJ loves to get her groove on so I figured if I could get her to commit, F might too. They used to do Mock Rock when they were younger, maybe they would do it again…? I waited another week and asked again. Same answer though: No.

F still wanted no part of it. But wait—JJ did! JJ wanted to do it now! YAY!!

But she said she’d only if I would do it too. (BOOOOOOOOOOO!!)

I turned her down. I’m quite past camper age, thanks anyway. No one needs to see me up there. Plus, I already went to camp. And, come on! You’re telling me these girls will Mock Rock it up ALL DAY LONG in our cabin, but when I tell them they can do the same thing on stage, they don’t want to?

That night, after the girls were tucked into their beds, I crawled into the bottom bunk with JJ. I started whispering (very loudly) about how AWESOME we were going to be for Mock Rock. (We didn’t even know what song we were doing, but whatever.) I continued to promote it hoping for some sign of interest from F in the top bunk. Nothing.

And then I suggested that we maybe add some other people to the our skit. That’s when things got interesting. F leaned over the top bunk and peered down at us, upside down, thick black hair cascading all over and exclaimed “We get to PICK people to do Mock Rock with us?!?! Anyone we want? OK. I’ll do it!”

I don’t know if it was the thought of being on stage surrounded by people of her choosing, or the privilege to go around camp and ask those people herself, but she was solidly IN. Yes, she was still making me do it, but at least she was doing it too.

When the girls finally decided who they wanted to join our Mock Rock routine, (It was an exhausting process. There are so many campers and counselors they love.) we had a killer squad. Everyone who could do it committed. They took our routine very seriously, and not only did we open the show, but we ROCKED it. We had the best time! (Probably me the most.) 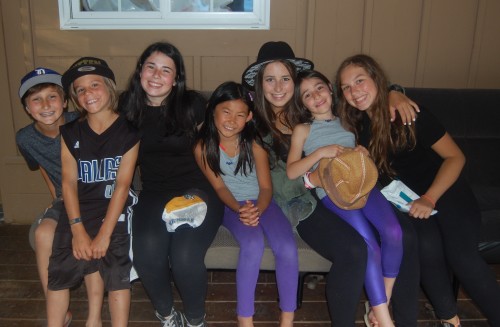 I didn’t make that picture because I was on the sidelines waiting to go on stage: 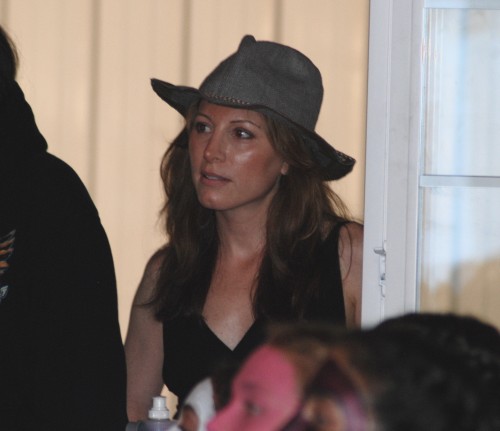 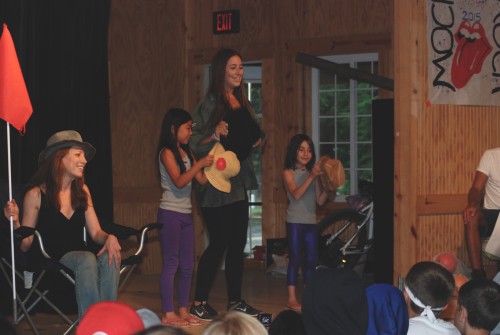 My girls are very lucky. We all are. And thanks to a camp full of very amazing people, the Coden girls are rounding out their 2015 summer with lots of new memories that will last a lifetime—and a killer Mock Rock routine that will set the bar for years to come.

I only hope they carry on the tradition next summer, and for many summers to come. (With or without me!)