There are random notes all over the place with post ideas for Dim Sum and Doughnuts. I could bust out a piece tomorrow on so many different topics, but this piece…this one is giving me trouble. I feel pressure.

It’s because it’s the first post of the new Dim Sum and Doughnuts site.

This new site feels the same way. I’m like a little kid in a big house, with no parents.

It was time though. I’ve been writing Dim Sum and Doughnuts for 5 years. It was originally just for friends and family, but then other people also seemed to like it, or hate it. Either way, we thought it was time to see how it performs in Cyber City.

Same writer; same product—I just want to try and connect with others a little more. I want to see if people (other than my friends and family) like it. So what did I do? I asked some of my friends to invite their friends, and they did. They brought their friends here, and we are grateful. Very grateful.

Blogs, like Dim Sum and Doughnuts, are the same way. (Although I did have one lady who told me I could write about the phone book and she’d read it, so…you know, at least I have her.)

You don’t have to like it though. That’s what’s so great about the internet. It’s not like a class and you have to participate. You can opt out at any time.

I’d rather have a group of fun people than a bunch of Judge Judy’s anyway. Getting yelled at over the internet is not a fun way to spend the day. A few years ago, one of my posts got shared, a lot. It was very exciting, until the negative comments starting coming in.

It was an onslaught of negativity. I got blasted. I felt sad and misunderstood. I continued writing Dim Sum and Doughnuts because I want my girls to have it, but I stopped promoting it. I just wanted it to go back to being read by people who already know (and love) us. I didn’t need a bunch of people who don’t even know me yelling at me and saying horrible things. (No, thanks.)

They were idiots, yes, but they got to me. They broke my spirit. Stomping on their computer keyboards about how I should have never been allowed to adopt, shooting comments back and forth about how I’m a horrible parent.

It hurt my feelings. I started second guessing myself. I even re-wrote the piece they were complaining about—but they just moved on to a different piece and tore me apart again! “Horrible parent…her kids deserve better…” Angry, mean people behind the shields of their computers… People I didn’t know, who didn’t know me! …I had never been treated like that before. It was all so new to me. I cared what those people thought though. I cared. I didn’t know any different.

But not NO MO.

What the hell do I care what other people–especially people I don’t know–think about me? They are white noise. I know who my people are, and I know my family is well taken care of. That’s what I care about. That’s who I care about.

So, with that in mind, I’m going to take my shot. I have nothing to lose. I’m going to write what I need to write, and say what needs to be said. 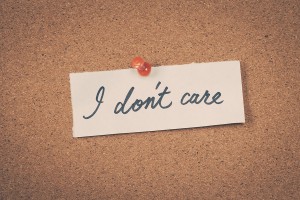 There will be haters, because bitter sisters are a part of life—but that’s cool, because guess what? I can’t fail. This thing I have built, this virtual take-out box full of lessons and stories and memories and mistakes—I hope it touches lots of people, but if it doesn’t, I’m covered. I’m covered because ultimately, the two people I care about most will read it, and they are the ones it’s written for. 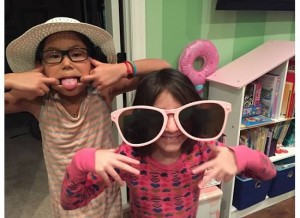 But if I want to reach others, I have to seize this opportunity and take my shot. So here we go, yo.

…And if Eminem has any problems with me using his song as inspo for this piece, he’s welcome to come take it up with me anytime. I’m ready.

Thank you for being a part of Dim Sum and Doughnuts!

Hope to see you back here soon!

How To Deal With Mean Girls
You're Not Alone (IV)
The Election: 2016
Being A Camp Director's Wife