The other day I was pulling out of my daughter’s pre-school when I noticed a car pulling in. Pick up is at 2:00. That driver was late. I couldn’t tell if she was stressed and anxious or if she was calm and apathetic. I just knew that she was late. I shook my head slowly, sighed softly and judged her. I’d like to know what she was doing that made her so late to pick up her kid? What is she so busy with that she can’t be there at 2:00?

I drove away doing the hair flip of self righteousness since I was, of course, on time. (The fact that I was late the day before is not important.)

Before I became a mother, one of my friends let me in on something very interesting. She said: You will never feel more judged than you will as a mother.

I believe we are all guilty of grabbing the gavel every once in awhile. It’s human nature to judge. And if, in fact, we all do it– it’s happening to us as well.

Have you never lifted your eyebrows at the grocery store, questioning parenting techniques while some kid is having a total freak-out in the candy aisle? Have you never sat down at a school play and glanced over at someone wearing a gingham midriff top and thought maybe she should have given her ensemble a little more consideration? Sure you have. Judge Judy!

Some people care that they are being judged and some people do not. For those who don’t care, as long as you’re not stepping on others to get what you want or ignoring the basic standards of common decency, good for you. High five. In my opinion, not caring is a much easier way to live.

Not caring comes with age and exhaustion or, for some, it’s just an innate part of their personality. For many (myself included) as our families grew bigger, our social circles grew smaller so now the only people we truly concern ourselves with are the coveted few in our inner circle–the ones who love us for all that we are, and all that we come with, without passing judgment.

But some people can’t help but care what peripheral people think. It does seem that  would be a very natural response, but speaking from a purely cognitive and logical place, I have to ask: Why?

The person judging you probably doesn’t know you and you’re just the unsuspecting victim of a drive-by judging, or maybe the judger is a miserable bitter sister who is just Judgy McJudgerton about everything and you were in the wrong place at the wrong time.

Who knows? Who cares? If what you’re doing feels right, stay strong.

We will never change the fact that people judge, but we can control how much or how little we actually care. 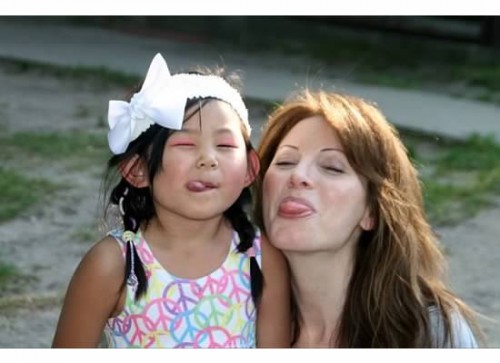 How To Deal With Mean Girls
Ch-Ch-Changes
"That's Not Your REAL Kid"
The Thing About Play Dates...