I had lunch with my mom today and I mentioned that you gave up part of a football game last night to watch a movie with me. The girls were asleep and we don’t get to hang out as much as we used to at night, but I was still kind of surprised because it was a big game. (The winning team will be playing in the Super Bowl). Even I considered watching the game instead of watching a George Clooney movie (but only for a few seconds because then I remembered it’s George Clooney).

After I told my mom about how you selflessly forfeited the game to be with me, she mentioned that her husband “Jangles” (who was a total sports fanatic before we sadly lost him in 2009) used to do that too, but then he would just watch the games later. He would just Tivo or DVR them.

I now believe that you did the same thing.

You love sports. You’re way into sports. Your cell phone ring tone is the theme song for Monday Night Football, your wardrobe (with the exception of  items I have hidden or forbidden) is almost entirely made up of sports teams, and every time I turn on a TV in our house, it defaults to a sports station. (The last example, by the way, is very annoying to me).

You Tivo’d or DVR’d the game that was on last night, didn’t you, sly guy? I wouldn’t care if you owned up, but you tried to be all sly about it and put one over on me. You’er so sly. Sly Stallone. Sly fox. Sly and the Family Stone. I came in to watch the movie and I was a FOR REAL super-great wife: “Are you sure you don’t want to finish the game?“ and you were a FAKE super husband: “No, no. Let’s hang out, I don’t mind at all.”

Of course you didn’t mind! I am usually drooling with exhaustion 15 minutes into any movie and you probably figured you’d be back to the game in no time, or, worst case scenario: I might have lasted 30 minutes and even then, with all the commercials and TV time-outs it wouldn’t take you very long to fast forward and catch up.

But no…things didn’t work out that way, did they? No they did not…and why didn’t they?

Because I WATCHED THE WHOLE MOVIE.

Oh yeah, buddy. I stayed strong. I even threw in an inadvertent teaser at one point when I said: “This movie needs to end soon because I’m beat.” I didn’t even know your plan at the time. I bet you were not happy with George Clooney: “Damn you, George Clooney! Most every movie you are in pretty much blows, but now, all of the sudden you’re in a movie worth staying up for?”

Love,
Your wife (who is slyer than you) 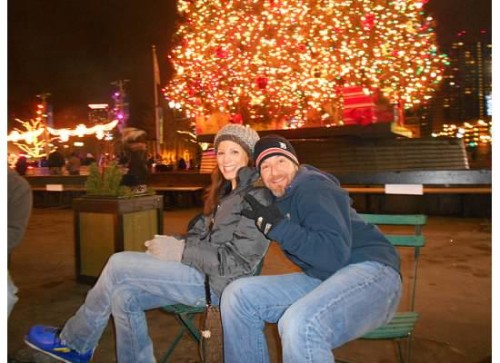