When the Seal song “If You Don‘t Know Me By Now” came on the radio the other day, my 4 year old daughter Sweet Pea said: “Mommy, I don’t like this song.”

You know why you don’t like it, Sweet Pea? BECAUSE IT BLOWS.

Why did Seal do a remake of that song? I don’t get it. Was his label pushing him with a release date for the album and he ran out of time? Maybe he was just too busy with his hot wife and 20 kids to do another song, so he fell back on a cover tune. Whatever his reasons, it made me sad when I heard it. Seal was good. He is good. I expected more from him. The song doesn’t make him stand out all (at least not in a good way) and what‘s more, his version didn’t seem to be any different (or as good) as the original.

Artists have been doing covers for as long as I can remember. Madonna took a stab at American Pie (you blew that one, Madge), Brittany tried I Love Rock ‘N’ Roll (poor, misguided, raised-by-Hollywood Brittany), and the song Landslide has been done by pretty much everyone.

There is one song out right now that is really bugging the crap out of me though. Even more than Seal’s song: Daughtry (he is no longer Chris Daughtry in case you didn’t know–he is just Daughtry) and Santana have come out with a remake of the classic Def Leppard song Photograph.

My first issue with the song is kind of stupid, but I have to get it out: Santana is listed as the artist. I don’t get that. He is not the artist. He didn’t write the song and he’s not singing it. He’s playing an instrument, yes, but I don’t understand how that makes him the artist. Stop it, Santana!

My second issue is this: Photograph? Why, Daughtry? Why’d you do it? The original was perfect. Was it Santana’s idea? Is that it? He hasn’t done much lately, maybe he talked you into it. Do you just love that song? Is that why you did it? It is a good song, I agree. Was there a real need for a new version though? I don‘t think so. I never heard anyone say “Don’t you think it’s time for a remake of Photograph?” And do know why I have never heard anyone say that? Because no one ever has. You must have a Donald Trump size ego if you think you can do Photograph better than Def Leppard.

But besides questioning Daughtry‘s reasons for singing Photograph, the other question I find myself asking is this: Why is it being played? What does that say about the radio stations choosing to play the song, and what does it say about current music that is being released?

I’m all about taking a song and doing something completely different with it. I haven’t watched American Idol this season, but there have been contestants in the past who have done remakes that have rocked the house. Or, once in awhile a cover comes along that is crazy good. Jimi Hendrix’s All Along The Watchtower and  Jeff Buckly’s Hallelujah are both awesome, but let’s face it– in most cases, original songs are usually better.

I love that Sweet Pea, of all people, busted Seal’s cover wide open. She has never heard Harold Melvin & the Blue Notes sing it, or Simply Red (that’s who I originally thought sang it) but she knows what’s up. She knows originality reigns supreme.

Sweet Pea comes up with crazy outfits and fun hair styles and she rocks them all with confidence and attitude. One day she will probably want to dress and talk and act like  her friends because at a certain age, most kids just want to blend in. But I hope she maintains her originality and continues to do her own thing, at least on some level, because to me, she is the best and she is the original. 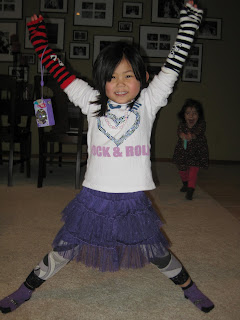 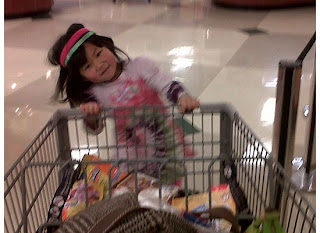 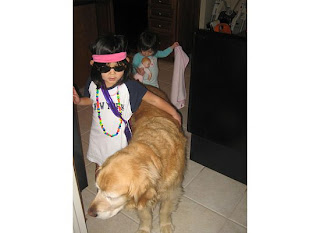 Half The Story
The Worst Swear Word Of Them All
How To Deal With Mean Girls
The Thing About Play Dates...