Were any of your TV shows canceled?
I’ll go first.

Brothers and Sisters: It was time. I don’t think I saw one episode from this past season. I’m not sure why. Oh, wait. I remember now. It sucked. That show was done awhile ago. What was up with the Sarah sister hooking up with the guy from…? I don’t even know where he was from. All I know is that they had no chemistry and the whole relationship was stupid. Even if you loved that show, you have to admit that relationship was all kinds of wrong and the show stunk worse than a dressing room at Loehmann’s. Rob Lowe was such a smartie to jump ship when he did. It’s like they didn’t know what to do with him. They made him really mean, and then nice again, and then he died. Good for him. Death was the right choice. He’s rocking it out over at Parks and Recreation and every time he says “litrally,” it “litrally” makes me laugh.

The Defenders: I’m not going to lie. I liked it. I did. It was a CBS show. Does that make me a senior citizen? Should I get one of those bathing suit cover ups with the bikini printed on it? Maybe I run out and buy some coral lipstick and matching coral nail polish on the way to my early bird dinner? I know that‘s what you‘re thinking. I don’t care. I liked that show, and I’m sad to see it go. 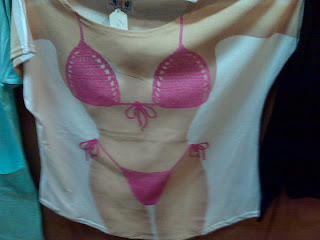 Detroit 1-8-7: This is a tricky one for me. I watched it. I still can’t figure out if I watched it because I’m a Detroiter or if I watched it because it was good. I didn’t rush home for it but if I was folding clothes and it was on my Tivo, I was happy to see it there. I was sad when the hot cop died towards the end, but then I heard from a very reliable source that he wanted out of the show because he didn’t love living in Detroit. Screw you, hot cop. You don’t like The D? You’re not THAT hot.

Friday Night Lights: “Clear Eyes, Full Hearts, Can‘t Lose.” We have Direct TV so the final season has already played out. I was heartbroken when it ended. I loved that show so much that I actually contemplated scheduling shiva calls at my house when it was over. Unfortunately, I don’t know too many other people who watched it so basically everyone would have been coming here to eat 7 layer cake and little brownies. Long live Coach Taylor and Tim Riggins. Texas Forever.

Law & Order: Los Angeles. How many Law & Orders are there? How many do you need? Give it a rest. Get a room with CSI. Jeez.

Mr. Sunshine: I kind of liked this show! The humor was a little forced at times but there were some really funny lines. I heard that Chandler, or whatever his name was on the show, is going to rehab so it got canceled. I remember when he was on Friends and he went to rehab for a pill addiction. He looked horrible during that time. He didn’t look horrible on Mr. Sunshine. He can’t need rehab too badly. I refuse to accept this cancellation.

Off The Map: I tried to watch it because the QB from Friday Night Lights was on it but it was so bad that even he couldn’t save it. Off the Map was just plain crap.

Running Wilde: I wanted to love this show because Will Arnett is so great. Unfortunately the show wasn’t. TV needs to find a place for Will Arnett. He’s really funny. Nothing makes me happier than when he and Alec Baldwin have a scene together on 30 Rock. TV needs Will Arnett. Can’t FOX just bring back  Arrested Development?

"Remember The Heroes"
Mean People Suck
Baby, It's Cold Outside
What Are You Going To Do?