At services, the Rabbi asked our congregation: “What do you want to do this year?”

“I want to get organized!”

“I want to try baseball!”

“I want to do better at math!”

All worthy goals, every one of them, positive and worthy. Not one person was like:

“I want to be passive aggressive!”

“I want to be unwelcoming!”

Rosh Hashana isn’t about that. It’s not about bitterness. It’s about sweet things and new beginnings.

I’m kind of pissed at myself right now though, because our family has something we want to do this year (something really cool) and none of said anything.

When I asked my 9 year old daughter, F, if she wanted to shout it out, she wanted no part of it. I was bummed because the thing we want to do has a lot to do with F. 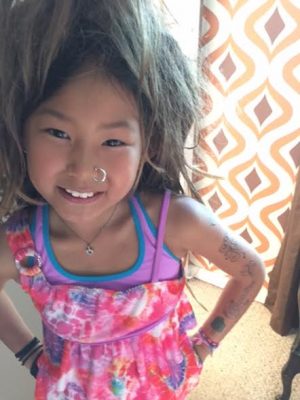 F is the Dim Sum side of Dim Sum and Doughnuts. She has also been a huge part of many of the DS&D decisions as of late. Unfortunately, I could feel the Rabbi wanting to move on, and I just didn’t have time to guilt her. 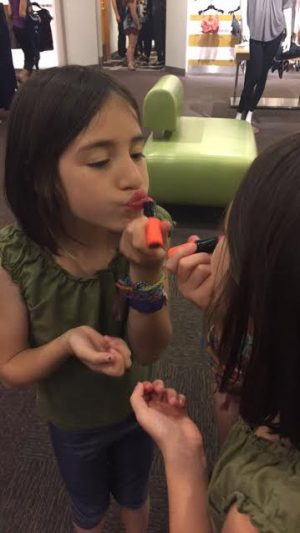 I leaned into her and whispered “Do YOU want to announce what we want to do this year?” to which she replied “Mommy! I thought it was a SECRET!”

She was right, but I thought she might want to at least throw out a vague version since she, the Doughnuts side of DS&D, is also a HUGE part of it!

Now, I’m just mad at myself. I had an opportunity, and I missed it—and I haven’t done that in awhile. Since March 23, 2016, right after I wrote Lose Yourself, I gave myself a 6 month goal to figure out what we should do with DS&D—and in those 6 months, I have taken advantage of, or at least looked into, every opportunity that has come our way.

I figured 6 months was a fair amount of time to figure out what I can do with Dim Sum and Doughnuts, since I have spent the last 5 years learning what I can’t do:

1. I can’t move out of state. That cut a lot of opportunities right off the bat. My husband, Cody, is one of the owners/directors at Camp Tanuga in northern Michigan and his job takes him away 5 months out of the year. He leaves in the middle of April and comes back in the middle of September. With the exception of 7-8 weeks during the summer, I’m alone with the girls during those months. If I move out of state to chase a job opportunity, and Cody is gone too, I can’t imagine our kids will continue going to school, eating vegetables, or showering.

2. I need to be in control. I’m not into someone editing our lives or my work without consent. A few years ago, we were approached about doing a reality show. The producer was surprised (and kind of annoyed) when I told her we weren’t interested in being on TV. She didn’t understand because, as she pointed out: “You put videos up of your kids all the time!” I replied “Yes, but I’m the one who decides what goes up, and I’m the one who decides how my kids are portrayed.” #SoThere

It means more if you EARN it.

Nothing worth having comes easy.

Money buys things, and things are fun. (I made that one up.)

5. I need to be the boss. I am horrible at working for people. I’ve tried it. It’s one of the reasons I didn’t stick with teaching, even though I loved it. I’m not good with industry politics. I’m too outspoken and opinionated. Whenever someone asks if I work at the overnight camp with my husband, I laugh because I could never work for Cody.

Him: This is what I need you to do:

Me: That’s the dumbest thing I’ve ever heard! 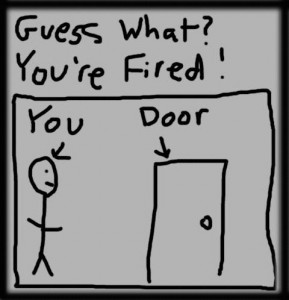 6. Lastly: I need my kids to be a part of anything new I do. Definitely the hardest one because my kids are young and slave labor is illegal—but I know if I’m going to start working more than I already do, it will be more accepted by them if they have a part in it. With ownership comes interest.

My kids know Mommy needs to work or she will go crazy and lose her mind—but because of them, I have limitations. Big ones. I wasn’t giving up though: 6 months is what I gave myself, and 6 months was all I needed.

I set goals, I learned about social media, and I made new connections. I worked long hours and I tried new things. I thought of new business ideas all the time, but there were nagging issues attached to all of them. Nothing seemed to fit.

And then one day, it happened.

An idea was brought to my attention by someone very special to us. I loved it, and it fit PERFECTLY in so many ways, but I quickly dismissed it because it wasn’t like any of the other ideas I was tossing around. This idea requires an entirely new learning curve.

But JJ was also there when the idea was brought up, and she was all over it. Jumping up and down all over the place: “That’s what we should do, Mama!! Let’s do THAT!!”

And, wouldn’t you know?  My mom was also there, right behind her, pushing me to at least consider the idea because—as she fondly remembers—it was something I always wanted to do when I was growing up.

Still, I laughed and blew it off.

But then it became like one of those guys you like ONLY as a friend, until you find out he likes you—and then you realize he’s actually really cute…

I kept turning and tossing the idea, but every time I tossed it, it came back to me.

Because it was the one.

Once the girls and I decided we wanted to actively pursue the idea, we still had one person holding us up: Cody. School had already started, but Cody was still living and working at camp. His job is one of those all-consuming type jobs so we decided to wait to share our idea until we could tell him in person. We wanted his undivided attention. We still had a few weeks before he moved home though.

Turns out we needed the extra time to get our ideas in order—but when it came time to present the idea to Cody, we were ready.

JJ and I headed the discussion. F was allowed to participate, but only if she cleared it with us first. (We learned early on that F’s biggest concern about any new idea is whether or not it will include a disco ball—so we decided she might not be the best person to lead our presentation. Nothing against disco balls.)

We all said what we needed to say, and Cody liked the idea, a lot. In fact, every single person we approached, and trusted to be honest with us, liked the idea.

So here we are.

We have a lot of work to do (A LOT), but we are excited. I’m kicking myself for not announcing our news in temple when the Rabbi asked “What do you want to do this year?” but I’m very lucky to be able to do it here and now:

“We want to start a new business this year!”

New year; new beginnings. It will likely be a bit before we know if our idea is a “go” or not, because new businesses take time, but if we get the green light, you’ll be the first to know what we have come up with. And hopefully, you will be as excited as we are.

Dim Sum and Doughnuts wouldn’t be everything it is without the support, the likes, the comments, and the shares from you guys. You are all tribe (Jewish or not—we don’t care), and we wish all of you a sweet and Happy New Year.

We hope it’s filled with new things, good things and a solid answer to the question: “What do YOU want to do this year?”

Thank you for sticking with us! We are so grateful! If you think of anyone else who might be into a family brand about growing up, mistakes made and lessons learned, I hope you think of us. 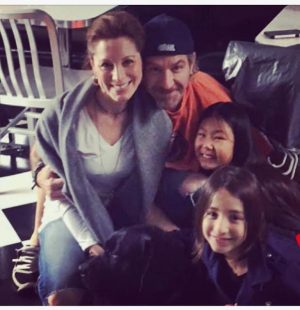