My free time is much more limited now than it used to be, but I still subscribe to quite a few magazines. People magazine is not one of them so if I see it lying around somewhere, I will pick it up. (I like the paparazzi pictures.)

I have noticed when celebrities are photographed with one or more of their kids, if one of the kids happens to be adopted the writers will qualify the description. For example: “Sandra Bullock and her adopted child, Louis…” Have you ever noticed that, or is it something that struck me because I have a kid who is adopted?

Why the qualification? Is it to promote adoption? Is Sandra Bullock (staying with her as an example) a rep for adoption? Maybe they note that the child is adopted to alert all other kids who are adopted in case they know Louis…? That happens to me sometimes. Sometimes when people find out that I’m Jewish, they will ask me ifI know a Jewish person in another state. I think they think we all know each other, like we all have sweet matching Jew Jackets.

Anyway, whenever I see an adoption note under a picture of a kid and parent, I always wonder:

When that kid is old enough to understand, how is he going to feel about being described like that?

There is nothing wrong with being curious about families that don’t fit the conventional norm. You might even sneak a peek if you see one such family out and about. But if you want to attempt a few personal questions, you might want to consider avoiding the following:

1. To a mother and her baby: “Does she speak Chinese?” No, she does not speak Chinese. She doesn’t speak anything. She is a freakin’ baby.

2. “How much did you pay for her?” No one has ever asked me that, but if they did, I think I’d laugh and then ask if they’re offering to help with the financials.

3. “She is SO cute! Do you have any of your own?” Um, if she’s not mine, someone is going to be really mad when they realize I took her.

4. To an American parent and a child who was CLEARLY adopted from another country: “Are you going to tell her that she’s adopted?” No, I’m never telling her, I want to see if she figures it out!

5.  “Now that you have adopted, you will for sure get pregnant.  I know this one girl and she was waiting to adopt from Cambodia or Russia or somewhere and then she got PREGNANT!!” …UGH. Please, STOP…Adoption is not always a second choice. Please don’t assume it is and please don’t assume we need to hear your stories about all the people who got pregnant right after they adopted. For some of  us, the need to adopt was much more overwhelming than the need to get pregnant. In fact, many of us have never had any desire to get pregnant, ever. (Or was that just me?)

6. Since I have two daughters, one who is adopted from China and one who is biological, I actually get this question on occasion: “Are they real sisters?” …”They are, and they’re SPECTACULAR!!” (If you ever watched Seinfeld, you will think that is funny.)

7. “Are you babysitting?” Someone once asked me if I was the nanny for my kids. I was so excited that I called my friend, Busy, to tell her. We immediately assumed, of course, that the guy asked me that question because he thought I looked young. After hearing that other adoptive moms have been asked this same question, I regretfully realize that my friend and I may have been wrong. The man who asked was probably confused by me having one kid from China and from “The Bagina.” He wasn’t sure if we were all related. He didn’t think I looked young at all. He just thought I was some old ass babysitter. I hate that guy.

9. “Why didn’t you adopt from the U.S.?” That one is BOLD. Everyone has their own reasons for adopting and for choosing their child’s area of descent.  I have a whole backstory that led me to China and I don’t mind discussing it. Others do. Slippery slope on this one. Wear a helmet.

10. “If you hadn’t gotten your daughter, someone else would have.” Someone said that to me at a party once and I have never forgotten it. She wasn’t trying to mean, she was just making a point— and who knows, maybe it’s true— but we were the ones who were “matched” up with our daughter, and we are the ones who got her, and for that, we are very thankful (and she should be too because we are fun and we eat a lot of cake).

I can only speak for myself and my family when I say: “We don’t care if you stare,” because we don’t. Sure, my responses above are sarcastic and flippant, but truthfully, we really don’t mind questions, even dumb ones. We knew that part of the deal when we signed on.

Other families, however, prefer their differences are respected by not calling attention to them. Some families are very private about their story, some may not be in the mood to enlighten or educate, and some might feel that it’s inappropriate to discuss details in front of their child.

But if you’re interested in adoption, please ask. Just be smart about what you ask and you may find the more you learn about how amazing it is, the more you may want to do it! 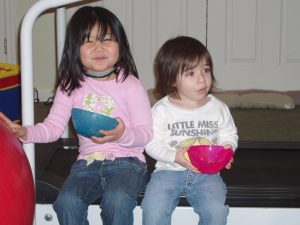 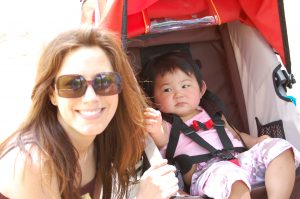 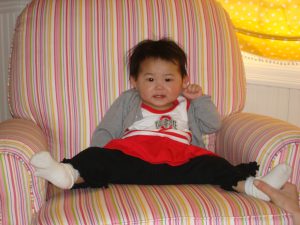 Different Approaches To Use With Your Kids That Really, Really Work!
DS&D (Life After Floyd Coden)
I Am Who I Am
5 Punishments You Must Try!