I was taken by surprise last week when the Vet told me my dog, Bruno, was 10 pounds overweight. I knew he was a little plump, but not 10 pounds. I was not happy. I felt like he was basically calling my dog a fat ass, and when he wouldn’t let up, I wanted to point out that HE was also overweight!

What I did do was step up our walks, and on those walks I have learned some things. Here are 10 of them:

1. Nothing will humble you more than scooping up and carrying around a bag of dog s**t. I don’t care how cool you think you are, it’s hard to be “The s**t” when you’re walking around carrying a bag of it.

2. Don’t rush to judgment. There’s a dog in our hood that is mean. I’m sorry, but he is. I assumed when I approached him that he’d be nice like all the other Golden Retrievers I have known, but NO, he wasn’t. Bruno has the opposite problem. Most people are scared to approach Bruno, and some have admitted that it’s because he’s big and black. Racists!! 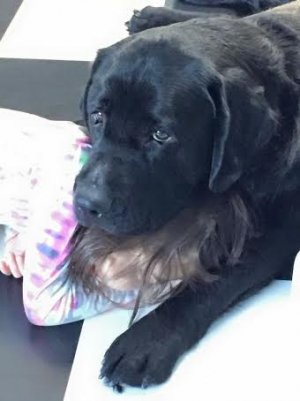 3. Slow down. The walk I take with Bruno may be the biggest part of his day, but I’ve got s**t to do. We need to keep moving. Sometimes, though, Bruno likes to slow down and take things in. That’s how he rolls, and I am trying to do the same.

4. Fresh Air is good. (I feel like that one is pretty self explanatory.)

5. Don’t get The Lazies around The Crazies. Keep walking. There’s this one dog who barks NON-STOP when we go by. We call her Felicia. Felicia is nuts. Felicia wants Bruno to stop and hang with her so badly, but Felicia needs to work on her approach. Until then… 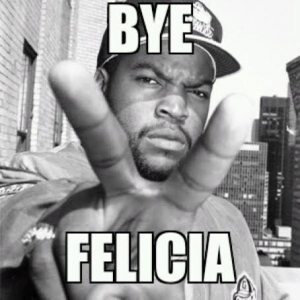 6. Let your freak flag fly. Bruno loves the ladies. Izzy is his love but he also has a side piece: Roxy. (We call her Foxy Roxy.) I have no doubt that the ladies know about each other because A) they can smell it on him and B) women know. But Bruno isn’t a one woman kind of guy. Bruno is a ramblin’ man and he doesn’t apologize for it.

7. The apple really doesn’t fall far from the tree. There’s this lady who walks her dogs every morning in her pajamas with a cigarette hanging out of her mouth. She never says anything to us, just yells at her dogs—and I swear on everything in this world that is holy to me that if her little yippie ass dogs were people, they would be exactly like her.

8. Just because someone can’t communicate to you they’re in pain, doesn’t mean they aren’t. Yesterday, Bruno kept stopping on our walk. I was all “Come on, Mr. 10 lbs!” until I realized that he had something caught in his paw. I felt bad. Not everyone can articulate the pain they’re in, and sometimes it’s up to us to notice the signs.

9. If some Mind F**k is messing with your head and they can’t decide if they’re in or out, decide for them. There’s this one dog who loves Bruno, but she keeps teasing him. She’ll bark for him to come near her and then when he does, she bails. She did this 3 times the other day and finally Bruno was like, Later, sister. Get back to me when you get your act together. We outtie.

10. Don’t overstay your welcome. When we visit with other dogs, we try not to hang too long or they might not want us back. Bruno likes to leave them wanting more. And so do I.

Dissecting The Mean Girl
Choose Your Own Adventure
Dollar Store Discourse
The Thing About Play Dates...