Somehow, over the years (when I wasn’t looking) the birthday party bar was raised. Organizing a fun and memorable fiesta for your kid now seems tantamount to planning a Bar Mitzvah. What’s more, when all is said and done, the kids are expected to send out the thank you notes, which really means that the moms are saddled with the job.

I don’t remember my mom ever sending out thank you notes after my birthday parties. When I was a kid, we always had the party at the house. My mom put up decorations, ordered some pizzas, watched us beat the living daylights out of a donkey pinata, and then she served a cake with a red roller skate made out of frosting. It was great.  When it was time for presents everyone sat around and “ooh’d” and “aah’d” as I opened my brand new box of Fashion Plates, my twelve Esprit drawstring bags and some puffy stickers. That is when the “thank you” came out. It came out during present time and it came out of my mouth.

My brother and I were taught to say “thank you” when we got a gift. Whether we actually liked the gift or not, was inconsequential. We said “thank you” and we acted happy about it. I was planning on teaching my kids to do the same. That’s not enough? Why can’t that be enough? A note still needs to be sent? As far as I’m concerned, a “thank you” during gift time is way better than sending a note. In fact, I’m going to go so far as to say that if our kids are real little, we’re actually doing them a disservice by sending out thank you notes. What is that teaching them? THEY’RE NOT EVEN THE ONES WRITING THE NOTES–and don’t tell me that they are…”Oh, they are…they signed their name.” No. That doesn’t count. It’s still extra work for mommy and the kids don’t understand the value—and they don’t care.

On the other hand, teaching them to throw down a “thank you” and feign gratitude during presents will prove to be quite the useful tool to fall back on throughout their lives and, at the same time, we’re seamlessly eliminating the need for a thank you note. Everyone is happy. Win-Win. Right?

Oh, wait. I almost forgot…we’re not supposed to let our kids open their presents during the party anymore.

WHOSE BRIGHT IDEA WAS THAT???

I don’t even really get that. Is it a time saver? Is that the deal, or is it so we can keep kids safe from “present rejection” in the event that the present they brought sucks? If it’s the latter, are we really protecting our children by banning the opening of presents during a party? It’s a brutal world out there and I don’t think it’s going to get easier anytime soon. No better time to prepare your kids for rejection and pain than while eating cake.

Besides, what’s going to happen that’s so horrible? The present your kid brought is actually a sucky one and some other kid is going to heckle it? Who cares? That kid is a loser. He was only invited because another unwritten rule is that we’re expected to invite the whole class (also lame, by the way).

I vote to bring back presents during party time and, in exchange, if the kids are too young to write their own thank you notes, forget them. There is plenty of time for thank you notes when the kid is older and able to do all the work without any help from mommy. Everyone in favor of revising the Birthday Party Constitution, Say “I!” The rest of you think I’m lazy, but I’m really not. By the time the party is over, I’m just done. I need to move on to other things. I already planned the party, I hung out the whole time and I paid for it. Your kid had fun. I saw him. He ate until he was close to barfing, he was entertained enough so he wasn’t sniffing glue in the corner, and he walked out with a goodie bag loaded with lead-filled toys.

Shouldn’t I be the one getting the thank you note? 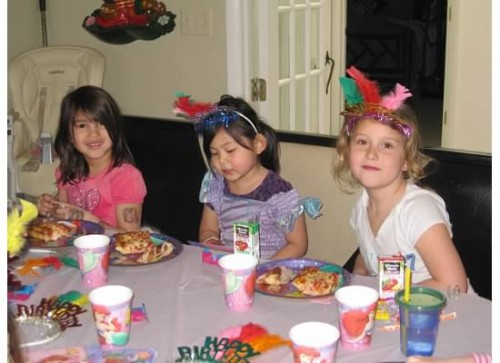 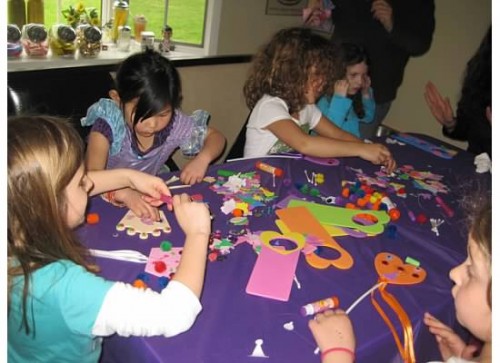 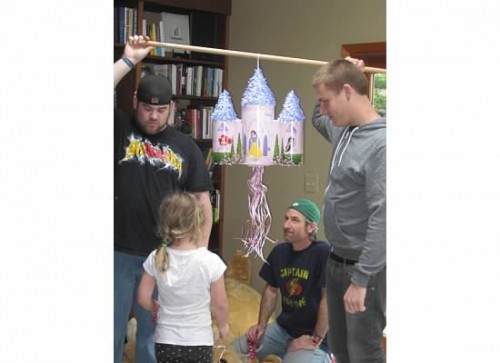 The Thing About Play Dates...
Lose Yourself
You're Not Alone (X)
Let It Go