My girls aren’t big into TV. They like the show Imagination Movers, but outside of that, TV is not really their thing.

Disney movies are what’s big in our house.

I have to believe, on some level, that Walt Disney and his people knew his movies were going to be big. He was a pioneer on the forefront of delivering magic through form and animation. He was The Beatles of rock and roll, he was the Nivana of grunge, he was the Eminem of hip hop. He was “The Guy.” But when you’re “The Guy,” it comes with a certain amount of responsibility.

He could have SO easily thrown parents a proverbial bone by adding some subliminal dialogue to his movies. For instance, Snow White would have been the perfect person for this message: “Snow White eats all of her vegetables and Snow White believes ALL of you kids should eat your vegetables too. That way when you grow up you will be big and strong, and you can help Mommy and Daddy pack because when your ass goes to college, they’re moving to Boca.”

Snow White would have been perfect for that.

Or, I’m sure he could have found some room for this line in Cinderella: “Cinderella thinks it’s a good idea to ALWAYS listen to your parents because they are the smartest people in the world, especially Mommy, so if you want to grow up and have a sweet ride like this (gestures toward the carriage) you should do everything your parents say and never give them any problems, EVER.”

But he didn’t. Instead he threw in a wicked stepmother and pretty much ruined everything for all step moms until the end of time.

Not super helpful. He ignored us, the suckers BUYING HIS MOVIES. So now, instead of helping us to raise children with honorable and respectable values, I’ve got a kid who is jacking up the paint in my kitchen as she drags the Swiffer stick out of the laundry room, hitting everything in her way, so she can find a good place in the house to “be like Cinderella and clean.”

Ad she’s no Cinderella, her cleaning blows. Which basically means I’m the one stuck with the aftermath while she’s moved on to bugging me—asking me why she can’t wear her Snow White costume to sleep because “Well, Mommy, Snow White does. Snow White wears her dress ALL THE TIME, even to sleep. Even to sleep, mommy. She sleeps in it!”

Gross. Thanks, Walt–not only for the Swiffer stick nicks covering my walls but also for that valuable hygiene lesson. 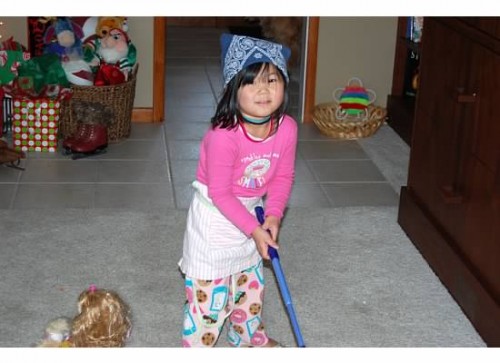 And my other kid? She won’t say “Mama” unless she is prompted by me 300 times, but she will happily point and exclaim “Rel-la!! Rel-la!!” the minute she sees a Disney princes (or, at this point, anyone with long hair).

And she’s not even watching the movies! She’s only in there because her sister is! I’m your freakin’ MOM, dude. I birthed you, I bathe you and I’m the one who dealt with the “spredder” you had yesterday that forever ruined the pants of an outfit I loved, but yeah, OK… “Rella” was inducted into your vocabulary before “Mama.” Thank you yet again, Mr. D. 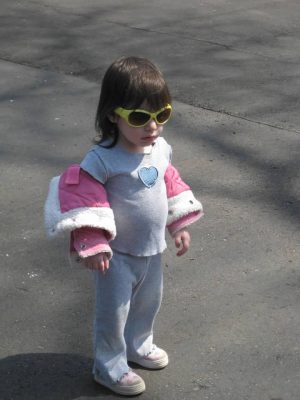 If I was Walt Disney’s teacher and I had to do a progress report for him, I would check the box that says “Not performing to his potential.” I would have seen what he was capable of and I would have expected a lot more from him. He could have really helped parents out in ways he totally neglected, and I would have been all over him about it. Just like I am all over these two: 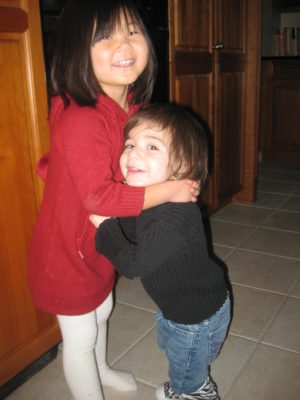