In my group of friends one of the guys is single. He is good looking, classy and really funny. He is a great catch, if you can catch him. His name is “Tanto.” Everyone who knows Tanto loves him. We only want him to be with someone as great as he is, but we know in our hearts that once that happens, we have a 50/50 chance of losing him.

I have never spoken to Tanto’s mom about this subject but I bet if I pressed her, she would divulge that she is also concerned about who Tanto might end up with. Tanto is very close with his mom and sisters, but let’s face it, when a New Girl enters the picture, she usually rules. The girl is the one who makes most of the plans, so she will likely plan things around her friends and her family. That’s going to be hard on Tanto, it’s going to be hard on his family, and it’s going to be hard on us.

At dinner the other night my girlfriend “Tess” and I confronted Tanto about the kind of girl we think he should be with. We told him that in order for him to maintain the close and special relationship he has with his family, it would be good for him to look for someone who has parents who live out of town, or maybe parents that are really busy, or best case scenario—parents that are dead.

We then focused on how New Girl could affect his relationship with us. At this point he was no longer listening, but we didn’t care. We told him that we think it’s best if we pick New Girl in order to ensure that she can deal with us. Unfortunately, we currently have no one to offer up, but we came up with the next best thing—Tanto should try to find someone who doesn’t speak any English. We’re a really fun group, but we are raw and honest with each other so a language barrier might keep New Girl from excusing herself to go to the bathroom and never coming back.

Because if that were to happen, Tanto would probably follow her. And that would be it for Tanto.

Over the years, I have lost many a guy friend to New Girl. New Girl either hasn’t liked me (I can’t imagine why, I’m so pleasant) or she just wanted to do her thing with her friends and the guy went along for the ride, leaving me behind. It happens. It’s hard to bring two lives together. New Girl did nothing wrong. I don’t blame New Girl. I have been New Girl. I blame the guy.

Most guys are lazy. They just are. When a guy meets a New Girl, his life becomes twice as full so it’s harder to get everyone in–unless the guy makes it a priority. One of the other guys in my same group “Thor” just met a New Girl. We recently met her too. I think she liked us. I don’t know. Either way, it was important to Thor that we all meet; not all guys are like that.

Some guys are lazy, and when the guys are lazy, the friendships fade, no matter how much work the old girls put into it. It doesn’t happen overnight, but soon enough the close friends become less and less frequent and plans on the calendar dwindle down to once-in-a-while. The guy gets comfortable in New Girl’s routine and the Old Girls get the shaft.

It’s actually quite ironic because the Old Girls are the ones who made the guy all good for New Girl. We made him awesome!

And if New Girl doesn’t work out, we’ll be there again. 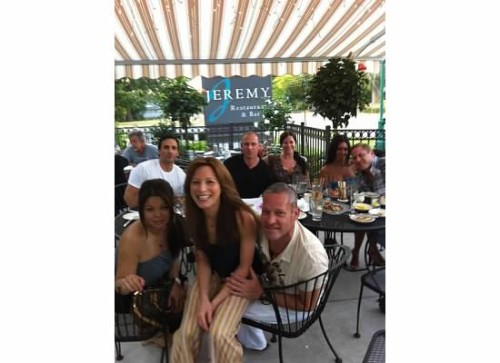