When I was 12 or 13 years old, I used to babysit. It wasn‘t my thing. The kids smelled like playground, their hands were grubby and they wanted me to “play.” I wasn’t into it. I used to change the clocks and announce “Time for bed!” an hour or so earlier than I was supposed to so I could talk on the phone and raid their kitchen pantry.

I always left babysitting jobs feeling like didn’t want kids. I found them to be annoying and gross, but every time I voiced these concerns to my mom, she always said the same thing: “It’s different when they’re yours.”

I believed my mom because she is my mom.

I believed her until one of my friends tripped me up many, many years later.

My friend, Segal, is the one. Segal told me that there is nothing better than picking a giant booger out of her kid’s nose. I disagree. Lots of things are better. In fact, I’d even go so far as to say that most everything is better. When I had to go into my daughter’s nose for the first time (she was around a year old) I did not have a good time. In fact, I was very grossed out by the whole thing.

I tried to hide my true feelings as I yanked at the mucus with one of those suction things, and then I got scared. What if I was wrong about all the things I‘d been telling myself and everyone else? You can love an adopted kid as much as a bio kid! Adoption rules! It’s the best! Who cares if the kid doesn’t look like you? Nature vs. nurture, yo! Go adopt a kid right now!

And then my mom’s words came rushing back about how things are different when it’s your kid, and then I thought about what Segal said about her kid’s boogers being so great, and I felt a little faint.

Could I have been wrong? The only kid I ever had was adopted. Maybe biological kids have better boogers? Maybe I wouldn’t be so grossed out by all the suctioning and picking if my kid were a bio kid instead of an adopted one…? What did I get myself into? My kid didn’t come with a receipt, just boogers. Thanks a lot, Segal. BOOGER LOVER!

A year or so later, I found myself in the same booger/suction predicament with another daughter, (a biological daughter) and I can confirm, without hesitation, that biological boogers and adopted boogers are equally disgusting. It seems boogers just aren’t my thing.

All kids (biological or adopted, I don’t care) can be pretty gross at times, they’re kids. But your kid’s gross isn’t as bad as that kid‘s gross–your kid is yours, so no matter how bad it is, it’s really not that bad.

And as crazy as it makes me when my younger one is all whiney about something only she understands, or my older one is sitting at the table, impatiently and relentless demanding “Wa-duh, please! Wa-duh, PLEASE!“ it still doesn’t stop me from chasing them around the house before bed, grabbing them and kissing them. No matter how much their bodily functions (boogers, poop, barf, you name it) gross me out at times, I still find myself overwhelmed by how much I love them, and some nights I wish I could keep them up for one more hour.

But if they’re at your house, noses running a mucus marathon and whiney voices hitting the one working nerve you have left—you might not find them to be quite as endearing.

And that’s totally understandable, because they’re not yours. 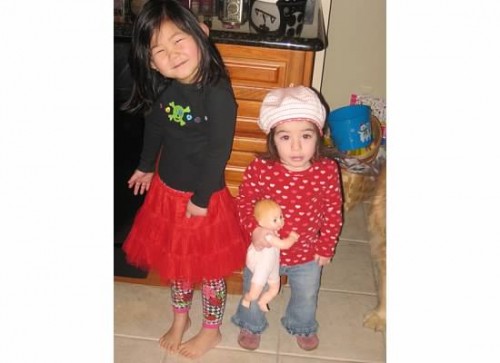 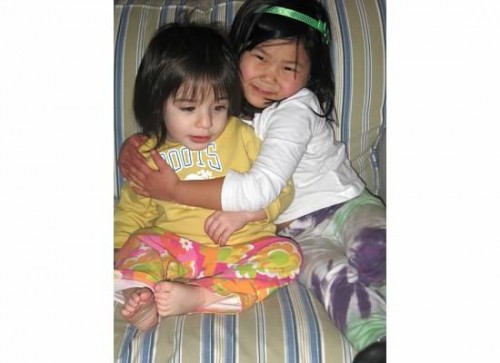 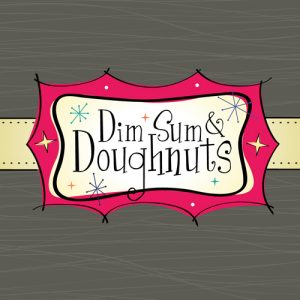 I Am Who I Am
The Election: 2016
Fortune Cookie Lectures
Are You Feeling Pressure To Have Kids?